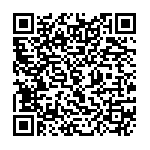 The EESC 2016 Prize rewards model and inspiring projects that represent the best of human solidarity in Europe and which have demonstrated real on the ground. Hungarian NGO Artemisio Foundation awarded first prize for championing diverse and multicultural society in Hungary

The European Economic and Social Committee (EESC) has awarded (on December 16th) its 2016 Civil Society Prize to five organisations and individuals from across Europe who have demonstrated outstanding examples of solidarity towards refugees and migrants. The first prize went to the Hungarian NGO Artemisio Foundation (14 000 EUR), while the German organisation SOS Mediterrannee, the Greek baker Dionysis Arvanitakis, a branch of the Spanish NGO SOS Racismo and the Greek NGO Iliaktida (Sunbeam) received 9 000 EUR each.

I am very proud to showcase to the world such moving examples of solidarity on the part of European organisations and individuals who have demonstrated an enormous capacity for empathy, mobilisation and organised action. I also wish to pay tribute to all the myriad organisations and individuals who, sometimes even in the face of a hostile environment or in the hardship of economic crisis, have helped to make the suffering of so many human beings a little more tolerable.

Artemisio Foundation is an NGO which has over 20-years' experience, operating under very difficult circumstances in integrating migrants and refugees in society both in social and cultural terms.
Its programme Building Bridges has helped many refugees and migrants feel part of Hungarian society with the assistance of volunteer mentors who take refugees under their wing and initiate them to the local language, customs and culture.
Migrants also receive vocational training in preparation for the local labour market. The organisation is looking to upscale the programme, which currently can benefit 60 individuals at a time, to build a larger community – The "Mira Community in Hungary".

In her acceptance speech Adrienn Zsuzsanna Megyery-palfay, coordinator of the Artemisio's Building Bridges project, said: "… “We are very grateful for the Prize, we are proud, and through this prize, Europe recognized the work of civil society. Civil society’s actions were essential to save lives in a such a large-scale migration crisis. This Prize sends a strong and positive message to migrants and refugees. We take this prize as a solid engagement from the EU to stand by the people who are looking for peace and shelter.”

SOS Mediterranee is a German NGO that has helped save over 5400 lives in the Mediterranean through its search-and-rescue operations between Sicily, Lampedusa and Libya, a migratory route where thousands of people have drowned during crossings in flimsy and overcrowded vessels operated by merciless traffickers. SOS Mediterrannee works in partnership with Doctors without borders and alongside Italian and EU forces using a converted merchant ship – the Aquarius – and relying on a team of mainly volunteer workers.
Vita International had the pleasure to meet its founder. Here the interview he released to our publication.

Dionysis Arvanitakis is a 77-year-old Greek baker who at the height of the crisis was baking over 100 kg of bread for the desperate refugees who landed on the island of Kos, just off the coast of Turkey.
His generosity inspired colleagues, citizens, hotel owners and many more to follow his example. Why does he help refugees? “Small children from Syria, Iraq and Afghanistan show us the bread with their hands. They do not know the word for food. What man’s heart can remain unmoved when he sees a small child eat the soil?”

SOS Racismo Gipuzkoa – Gipuzkoako SOS Arrazakeria (Spain) is a branch of SOS Racismo located in San Sebastián founded in 1993 to combat racism, intolerance and xenophobia. The winning project - “Next door family” - is based on an idea that is very simple, though complex to put into practice: a native household welcomes a migrant family into their home for a meal so that they can talk and have a chance to learn more about each other and become real neighbours. The positive outcomes have been enormous. The project has grown from 60 meals in 2012 (120 families) to 260 meals in 2015 (520 families) and has been shown to significantly reduce the perception of insecurity and increase positive emotions, such as admiration, towards migrants.

ILIAKTIDA is a non-profit organization based in Lesvos which has been helping cover the basic needs of refugees and migrants providing them with social, legal, linguistic, medical and psychological support through professional staff. Its main concern and goal has been to get refugees out of camps and into local communities. Based on this concept, they have been running local guesthouses and apartments where refugees can start a new daily routine, do their shopping, cook their meals, enjoy local cultural activities, meet the locals and develop friendly relationships with them. The organization encourages migrants to contribute to their activities and to share their experience with the newcomers and the locals. A certain number of migrants and refugees have even found work and made the first steps into a new, independent and integrated life in Greece.

Through these awards, the EESC hopes to help the selected organisations, which often do not have access to, or cannot rely on, government funds, to secure the resources they need to carry on and scale up their projects. It also hopes to see them replicated in other European countries and even beyond, as examples of best practices for others to consider.

The five winning projects were chosen from a list of 284 projects, which is proof of civil society's strong engagement in the migration crisis. The Civil Society Prize, now in its 8th year, is awarded for “excellence in civil society initiatives”. Each year, the prize covers a different aspect of the EESC’s activities. The 2015 prize was dedicated to civil society organisations working to alleviate poverty.