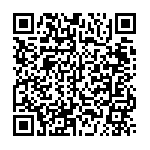 Born in Germany, and captain in the Merchant Navy. He dropped everything to launch SoS Méditerranée, an association whose mission is to save refugees from drowning, by exploiting Markab: a private vessel that will be funded through private donations and a crowd funding campaign.

It is 60 meters long, it is white, it is 30- years -old, but it is maintained in exceptional conditions. And it is ready to sail. It is the vessel Markab, a former pilot vessel with a capacity for up to 400 people and, in case of emergency, it can harbor up to 600. "It is docked at a port in Croatia and is waiting for us", said Captain Klaus Vogel to Vita International during a visit to Brussels.

Klaus Vogel, German and captain of the Merchant Navy, last year embarked himself on a civil society-based initiative mission that years ago he would have never imagined: rescuing refugees in the Mediterranean sea. "It is my mission and Markab will be the means by which some dedicated volunteers and I will cruise the Mediterranean sea in search of men and women in life-threatening conditions. I hope to begin sailing starting from January 2016. I know the sea and its menaces. I am aware that the majority of boats departing from Libya and neighboring countries leave the coast without security checks. People who board those dangerous ships are unaware of the risks they face. Those who are aware of the potential dangers are told the crossing will last less than two hours. The most skeptical ones are told that the stretch to cross is just a big river. Some of them buy this lie! I can no longer stand by and watch people die because they are looking for a better life. And above all, I cannot wait for the politicians to continue talking without reaching adequate and comprehensive solutions to the refugees crisis. We must act, that’s all. Everyone must do his part" spurs the energetic German man.

Captain Klaus is undoubtedly doing his part. He put himself on leave from work, and founded the humanitarian association SoS Méditerranée with offices in Berlin, Paris, Marseille, and soon in Italy. But mostly, he began the search for a boat, funds and volunteers. "A few months ago," recalls the Captain,"I went to Lampedusa and met the mayor Giusy Nicoloni. What a great character! After I informed her about my plan, she told me I was a fool but she was on my side".

Before hoisting the anchor of Markab, the boat must be purchased. The cost? 1.2 million Euro, with an additional operational cost of 220,000 Euro per month. Up to now, thanks to a crowd funding campaign and private donations, SoS Méditerranée has collected 550,000 Euro. "The first donation we received was made by a 17- year old girl, who offered 100 euro of her savings. Her gesture encouraged me to approach this journey with more enthusiasm and optimism. This is an undertaking that needs to grow in terms of means. Indeed, I foresee the procurement of other boats, and consequently a workforce surge. Today’s volunteers must become established professionals in the field of rescue at sea. The more professional the team is, the more credible we will be in the eyes of supporters".

Captain Vogel thinks it will be a very long journey. "I expect that we will be busy for the next 10 years" he claims. "And we are not alone. There are other organizations such as Doctors Without Borders, which have sponsored the activities of two rescue ships. The competent authorities, and the various national and regional institutions will not contest our operations. We are integrating ourselves into a system that is already in operation: that of voluntary civil rescue. The sea is free. It clashes with the waves, but not with the bureaucracy".