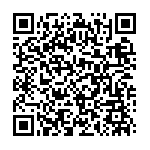 As the International Organisation for Migration announces that 2015 has marked Europe’s biggest wave of mass-migration, since the aftermath of the Second World War, the grassroot network Refugees Welcome, keeps growing, launching in Italy and showing that European civil society might be ready to take on the challenge and offer new solutions to the migration emergency

Over 1 million people have reached Europe in 2015, forced to leave their homes and their countries, fleeing war, violence, hunger and lack of opportunities. According to the International Organisation for Migration (IOM), 2015 has marked the largest migration wave since the aftermath of the second world war. The vast majority of the 1,005,504 migrants who have reached Europe during the past 12 months, arrived by sea in Greece.

According to the IOM, during their journey, over 5,000 women, men and children lost their lives, tens of thousands more have been exploited and abused by human traffickers. And millions have been made into scapegoats and become the targets of xenophobic policies and alarmist rhetoric. More than twice as many asylum seekers and migrants—859,000—arrived illegally on Greek and Italian shores during the first 11 months of 2015 than in the previous five years combined, according to Frontex entry data.

However amidst the tragedies and the EU’s incapability to reach unite and long-term agreements over the migration emergency, civil society in Europe has shown the will to take on the challenge. And Refugees Welcome is one of the best examples of this will. 12 months since it first launched in Germany in November 2014, the project has reached 9 countries and was officially launched in Italy in December 2015. In the last year, the project has given private citizens the opportunity to welcome migrants in their homes. According to the website in fact, “housing refugees in private accommodation provides advantages for everyone: refugees are able to live in sound accommodation, learn the language faster, and adjust to a new environment more easily”. The host on the other hand, will get to know a different culture and help a person in a difficult situation. The web platform matches migrants in search of a safe place to stay, with the potential hosts, according to their needs, in order to ensure the most appropriate fit. The Refugees Welcome team, will support the host and the guest during their co-living experience. On the website they also provide some important information about how to finance the guest’s rent through micro-donations and crowdfunding, in order to make the co-living experience affordable for everybody.

“It is important to know that the hosts and the guests are fully protected and the matching process allows enough time for the people involved to get to know each others.” Says Germana Lavagna, co-founder of Refugees Welcome Italy. “We will work together with the organisations that are already working with the refugees, they will help us to identify the people that can move out of the public centres, to private homes, not everybody is ready for this. We are trying to promote a cultural change of the people’s perspective on migration. It is an ambitious goal, but judging from the people’s interest in the project, we are on the right path.”