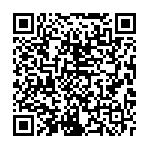 A new OECD report highlights how some countries were able to manage and integrate refugees. An example? In Sweden, new arrivals are systematically informed of job opportunities in meetings with the public employment service upon reception of their residence permit.

In its last edition of Migration Policy Debates, OECD provides an assessment of the possible economic impact of the refugee crisis in Europe. It stresses that while there will obviously be short-term costs arising from such large flows, there will also be sizeable economic and public-finance benefits, provided that refugees are integrated into the labour market.
But a new report, Making Integration Work, refugees and others in need of protections, provides the main lessons from the experience of OECD countries in fostering the integration of refugees.

“While integration systems have substantially improved in many countries in recent decades, much remains to be done to make sure that refugees become fully integrated members of society. For European countries with long histories of hosting humanitarian migrants, they struggle with the sheer scale and scope of recent migration, while for some Central and Eastern European countries the integration of humanitarian migrants is an entirely new experience”, says the report.

The OECD document highlights many good practices to tackle key barriers and support lasting integration of refugees and their children. But to realise this potential, a substantial investment is needed to help the refugees settle and adapt and develop their skills. “This is why" according to OECD "while resettled refugees generally have immediate access to all support measures, asylum seekers frequently have to wait months, if not years, before they receive language training and other integration support. And when they are eventually granted humanitarian status, their ability to integrate may have suffered long-term damage”. For example, in countries like Estonia, Germany, Greece, Luxembourg and Turkey, asylum seekers are also eligible for integration support that goes further than mere language training, although courses may not always be available.

Refugees have skills. They deserve our efforts. Einstein was a refugee. We should not forget that

Yet, the earlier migrants enter the labour market, the better their integration prospects in the long run. This is why, where legal barriers are in their way, refugees risk resorting to informal work under hazardous conditions and low pay. According to OECD, while in Japan there is a comprehensive work ban, in countries like Australia, Canada, Chile, Greece, Mexico, Norway and Sweden, some asylum seekers can work as soon as they have filed their asylum claims.

However, with the recent surge in the numbers of humanitarian migrants arriving in many European countries, the shortage of adequate housing has become a real challenge. Are countries able to accommodate them? “It is thus important to avoid situations in which new arrivals are placed in areas where cheap housing is available but labour market conditions are poor. The aim is to reduce the risk of segregation and facilitate access to appropriate housing, while sharing costs more fairly nationwide”, says the OECD. Ideally, policies should take into consideration migrants’ individual profiles and their integration prospects in local communities. In Sweden, for example, where dispersal is regulated through agreements between municipalities and central government, new arrivals are systematically informed of job opportunities in meetings with the public employment service upon reception of their residence permit.

But if Governments can draw up the necessary policy frameworks, it is up to civil society play a crucial role in creating the conditions conducive to the social and labour market integration of humanitarian migrants. The report shows that particularly effective form of non-governmental stakeholder involvement is mentorship programmes. For example, in the United States, non-governmental and community-based organisations help newly arrived humanitarian migrants become self-sufficient economic self-sufficiency through case management, language training, job placement support, and other services.

Last but not least, the phenomenon of unaccompanied minors claiming asylum in the EU has become a more visible problem. “Looking after them thus entails higher costs than for other refugee groups. Indeed, data from Austria and Norway suggests that expenditure on unaccompanied minors is three to five times higher than for adult asylum seekers, particularly in the period prior to settlement”, says the OECD. Therefore, host country should do their best to afford unaccompanied minors the opportunity to rapidly learn its language, build the skills required for durable integration and overcome the effects of the traumatic events they have often experienced.
So, the organization for economic cooperation and development suggests a solution currently used (on certain conditions) in countries like Belgium, Canada, the Czech Republic, Estonia, Germany, Ireland, Italy, and the United States, where unaccompanied minors live with foster families.