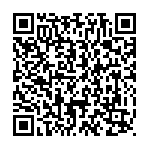 The European Economic and Social Committee (EESC) held an event promoting the European year dedicated to rail and explaining its potential to become a fully sustainable and competitive transport option, thereby helping to achieve the Green Deal targets

Rail can make a huge contribution to sustainable and smart mobility but a lot still needs to be done in order for it to become a sustainable and competitive transport option. This is the message conveyed during the event celebrating the European Year of Rail 2021 (EYR) which took place in Brussels and online on 15 November 2021 and was co-organised by the Section for Transport, Energy, Infrastructure and the Information Society (TEN) and the Consultative Commission on Industrial Change (CCMI).

Calling for measures that focus on immediate support for the transport, travel and mobility sector in order to overcome the crisis and quite literally "survive", Christa Schweng, EESC president, said in a video message: The EYR is a unique opportunity for organised civil society to debate the benefits of rail for travellers and users, the advantages in terms of working conditions, the economy, the climate and the challenges facing the creation of a true single European rail transport space without borders.

Elżbieta Łukaniuk, member of Commissioner Adina Vălean's Cabinet, added: The main goal in transport comes from the Green Deal, which is a very ambitious path and a huge challenge for the sector. Rail has a lot of potential but needs to be supported in order to become the backbone of the future transport mix.

In the same vein, Baiba Miltoviča, TEN president, stated: Rail represents a sector of strategic importance for the EU and deserves an ambitious and coordinated policy effort across all levels of government. We call for the share of rail in both passenger and freight mobility to be increased in a way that connects Member States and effectively communicates the benefits of rail to the public and industries alike.

Rail can help achieve the Green Deal targets
The year 2021 was designated the European Year of Rail following the launch of the European Green Deal. The European Commission's ambitious programme aims to make Europe the first climate-neutral continent by 2050, providing a roadmap for sustainability by turning climate and environmental challenges into opportunities across all policy areas, through a just and inclusive transition.

Transport and mobility are crucial for Europe's economy and competitiveness. The transport industry directly employs more than 11 million people, accounts for about 5% of the EU's GDP and is responsible for around a quarter of the EU's total greenhouse gas emissions. To achieve the climate neutrality envisaged in the European Green Deal, EU transport has to cut its CO2 emissions by 90% by 2050 (55% by 2030) and railways can play a major role in achieving these targets.

Opportunities and challenges, the benefits of rail
The debate brought together high‑level speakers from European and national organisations. Barbara Thaler, MEP, member of the TRAN Committee and EPP shadow rapporteur on the European Year of Rail, said that the EYR 2021 should endorse investments and the creation of a single European area for passengers and freight all over Europe.

In a video message, Aleš Mihelič, State Secretary from the Slovenian Ministry of Infrastructure, added that rail transport made a vital contribution to sustainability and green mobility due to extensive electrification on the main lines, and that new technological solutions had to be supported.

Tālis Linkaits, Latvian Minister of Transport, highlighted that railway had experienced a sort of renaissance in recent years and that it was regaining popularity as a mode of transportation. He called for the momentum to be used to strengthen the mental and practical shift to rail as the backbone of transport and, in freight, the shift from road to rail and cargo systems.

Pietro Francesco De Lotto, CCMI president, emphasised that transport had been one of the sectors hardest hit by the pandemic and that railway could play a key role in creating a way back for workers, business and the public, adding that young people could play an important role in greening mobility, since they were very aware of the challenges ahead and very keen to be involved in the solutions for smart mobility.

Finally, Stefan Back, president of the TEN Thematic Study Group on Transport, summed up by stressing that railways had long been and still were a central part of Europe's transport system and must and would continue to be in the future, creating sustainable mobility, European competitiveness and economic growth.

The document is the first EU-level agreement of its kind on gender equality and the first autonomous agreement in the railway sector for over 15 years. It gives an overview of the representation of women in European rail companies, offering updated statistical data and tracking developments in this area, and aims to attract more women to the rail sector, give them more protection and guarantee equal treatment in the workplace.