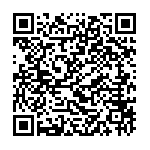 Pietro Bartolo, an Italian gynaecologist who cared for hundreds of thousands of immigrants and refugees on the Italian island Lampedusa, is giant low profile hero whose merits and tireless efforts have been recognized and morally awarded by the docu-film Fire at Sea.

Dying of hunger in their own country is better than drowning in the Mediterranean sea? That was the question uttered by doctor Pietro Bartolo at the screening of Gianfranco Rosi’s Foucoammare (Fire at Sea) at the European Parliament in Brussels last night.
Mr. Bartolo is one of the main characters of Foucoammare, a documentary capturing life on the Italian island of Lampedusa, on the frontline of the European migrant crisis, which also pays tribute to those who risked their lives to escape war and poverty, and to the people of Lampedusa who welcomed and looked after them. The documentary won the Golden Bear at this year’s 66th Berlinale.

Both on-screen and in real life, Mr. Bartolo is a physician on Lampedusa who treats refugees. Sometimes he saw and did things that would deprive any normal person of sleep for weeks, like putting a mother and newborn in the same coffin, with the umbilical cord still attached. The painful experiences were sometimes compensated by acts of joy such as the “resurrection” of a woman who was thought dead, but in the end was saved thanks to a 30 minute cardiac massage.

Doctor Bartolo has never missed a landing on Lampedusa since 1991. He has been providing medical care to refugees and migrants for 25 years. The day before his trip to Brussels, he was on duty and witnessed the arrival of 198 refugees. Among them, he said, there were 66 unaccompanied minors.
The audience, mostly politicians with their staff and people from the press, listened to Mr. Bartolo recollections and calls to actions in reserved silence. Often accustomed to listening to a stream of speeches about values and declarations of good intentions that are translated into policies that do not always meet the expectations, the encounter with a man who dedicates his existence to saving lives shook consciences, and motivated policy makers to get results.

I believe that during history there are examples that show us that barriers and walls can’t resist the power of history. That’s why I believe that they will crumble, they will be defeated. I am not afraid of these physical barriers, but of the mental barriers that Europe creates nowadays. Especially the walls built by the contemporary policies of countries. I believe that this will be the end of the common European policy.

I bet that nobody left the room satisfied and proud of the personal and collective political efforts invested thus far on saving the lives of the refugees landing on Lampedusa. A sense of “I could do more and better” was readable on the face of the several MEPs present at the screening. If one of the goals of the docu-film was, as said by Mr. Rosi, to promote the feeling, the idea that all these people are not only numbers, but they are individuals, humans with rights and feelings, the mission was definitely accomplished.

The low pitch of Dr.Bartolo’s voice and the reserved body posture hid the truth of his persona: a giant low profile hero, whose work, deeds, dedication to the refugees and sensibilities were recognized and morally awarded by the documentary.
What impressed me about him is that he did not take credit for his accomplishments. He repeatedly said it is impossible not to act, and he succeeded thanks to the help of several professionals in the navy and the volunteers from Italian NGOs and religions organizations like the Misericordie, Red Cross and Caritas. «The help provided by the volunteers is extremely important» he told me after the screening. «I have personally trained 70 young people who assist me during the sanitary missions. Their work makes such a big difference.»

The docu-film paints a realistic picture of life on Lampedusa, and how the arrivals of refugees affects the daily life of several families. The speeches before and after the screening though did not explain why Europe is united in trying to saving lives but its members don’t cooperate in sharing the hosting responsibilities. «This situation» said the European Parliament Martin Schultz, «contributed to turning a migration problem into a crisis.»