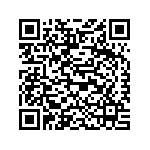 Italy opens the first 'humanitarian corridor' for Syrian refugees. An example model for other European countries that, in the midst of war and the refugee crisis, wish to preserve human dignity.

Yesterday, Thursday February 4th, 7-year-old Falak (in the pic with her mother) landed at the Roman airport of Fiumicino along with her brother Hussein and her parents Yasmine and Soleiman. The Al Hourani family are from Homs in Syria and for two years now they have been on the run from war and living in a refugee camp in Lebanon. They are the first of at least a thousand refugees that will be flown to Italy these coming weeks thanks to this ‘safe passage’. This family is forerunner, because the girl is suffering from a tumor and is in urgent need of medical care.
This arrival is the result of a recent agreement between the Community of Sant'Egidio and the Evangelical Protestant churches in Italy on the one hand, and on the other the Italian Ministry of Internal and Foreign Affairs. According to this agreement, both organizations can, in a first stage, transport a thousand vulnerable refugees (500 from the refugee camps in Lebanon, and 500 from Morocco). The organizations are fully committed to the payment of the transportation and the reception in Italy for the first two years.

The screening of the refugees is based on their vulnerability: sick and elderly people, pregnant women, mentally or physically challenged people ... These weak women and men have little chance to survive the dangerous journey to Europe through desert and sea. But they do meet the criteria to get asylum in Europe.

For the Community of Sant'Egidio this is the only sensible and human alternative to today’s surging European refugee policy. Borders are closed, refugees are deterred or pushed back ... Only those who can actually set foot on European soil get the chance to apply for asylum. In practice, it is often only the survivors, the strongest, while the weakest stay behind or perish during their journey. A truly humane asylum policy gives priority to the weakest and those worthy of protection.
International agreements such as the Treaty of Schengen, provided the legal possibility for Member States to deliver visas for purely humanitarian reasons. These visas are only valid for the national territory, not for the whole Schengen area. (Belgium previously did something similar for Christian refugees from Aleppo. In the agreement with Italy, religion is not a criteria in itself, although belonging to a religious or ethnic minority can be an additional factor of vulnerability).

Sant'Egidio believes this model can be extended and can be adopted by other countries in Europe. The hosting country has the advantage that 1) the government knows in advance whom they’re about to receive; 2) authorities know in advance that the applicants are eligible for protection; 3) it doesn’t cost anything for the government. This system of 'sponsored' flights and shelter (by private individuals, companies, schools, organizations, churches, ...) also exists in Canada.

European Commissioner for Migration Avramopoulos already showed his interest and invited the Community of Sant'Egidio to further explain this system at the upcoming European summit in March 2016.