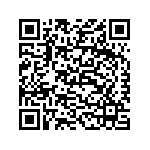 While some countries fire rubber bullets and tear gas at refugees, build barriers and close borders, Portugal is setting the example on how to welcome, treat and give a concrete chance to those who look for a better life.

These days, we have witnessed violence erupting at the Greece-Former Yugoslav Republic of Macedonia border near Eidomeni; police, as a matter of fact, entered Greek territory to fire rubber bullets and tear gas at the refugees. Many people were injured by the Macedonian police shots. The Medicines Sans Frontieres teams treated 300 people, among them 200 with respiratory problems after being subjected to teargas. In the MSF clinic inside the camp alone, around thirty children between five and fifteen years old received medical care after being subjected to tear gas. Over thirty patients received psychological care as they were in shock. Seven people with open wounds or suspected fractures were referred to a local hospitals.

The use of force wounded men and women, but also scarred an already compromised European character and conscience. The incidents, and the use of tear gas and rubber bullets in a refugee camp, “is a big embarrassment for European civilization, and for countries that want to become a part of European civilization", said Prime Minister Alexis Tsipras, "we must defend Europe and we must treat refugees with respect to the principles of humanitarianism and solidarity."

Just like Portugal is doing. As borders are closing and barriers are being built, Pourtugal is taking the necessary step to act as a dignified country. At an emergency EU summit in Brussels in March, Portugal announced it was offering to welcome up to 5,800 more refugees in addition to the 4,500 they already agreed to take as part of the European Union’s refugee quota system. The prime minister Antonio Costa had said the his country had to set an example. Today Portugal is talking the talk and walking the walk.

Here below is a video released by UNHCR on April 6 of the first Syrian refugee families to arrive in Portugal under the resettlement programme.