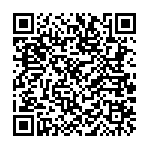 The 28 year old Italian-Moroccan volunteer was invited yesterday morning to Brussels, after having spent 4 consecutive months assisting refugees arriving in boats on the Greek islands. Here is the video of her brief but intense speech.

The 28 year old italian-Moroccan volunteer was invited yesterday morning to Brussels, after having spent 4 consecutive months assisting refugees arriving in boats on the Greek islands.

Here is the video of her brief but intense speech.

Speaking first was the president of the European Parliament Martin Schultz, then the European MP and ex-Irish president Mary Robinson. Immediately after came Nawal Soufi: 28 year old Italian-Moroccan volunteer and human rights activist. She arrived directly from the Greek island beaches where she has been spending the past 4 months helping other volunteers with refugees arriving on shore directly from the boats.

Soufi was asked to speak in front of numerous European parliamentarians about women's rights, and more specifically on women refugees and their families.

Nawal's speech begins in this video at 20.50 minutes. She has been dubbed "the angel of refugees" by the Syrians she has worked with. This same title will be given to her biography, written in collaboration with Vita.It's Daniele Biella.

She earned this title for having helped to save tens of thousands of people, by receiving the calls of boats in difficulty, and communicating their coordinates to the search and rescue services.

The speech lasts a brief but effective ten minutes, in which the young activist traces a recent journey beginning in Turkey, passing across the Balkan frontiers - which for months now have been seeing humanitarian crisis after crisis - to document first-hand how the rights of refugees are often not being respected at the borders of Fortress Europe. That same place where those fleeing war and famine go to seek welcome and safety.

"We need humanitarian corridors for refugees now" concludes Nawal in her speech. That is, we need legal access to the European continent, as necessity continues to increase with the influx of refugees at the borders.

Nawal Soufi was one of the 20 leading figures at the Vita Happy Forum in 2014.