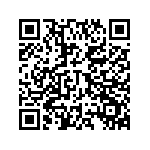 This week in Brussels the European Union agreed to a new set of demands for Greece to fix its handling of irregular migrants.

At a meeting of the European Commission this week in Brussels, Greece was given 3 months to strengthen its external borders. If Greece fails to comply, an unprecedented measure under the Schengen treaty would allow states inside the zone to impose checks on their own borders. Some including Germany have already done this in response to movements of migrants from Greece.
This sees the moving forward a process that could see frontier checks in Europe's passport-free Schengen zone extended for up to two years.

“While the number of migrants arriving to Europe remains high, we need to step-up the implementation of the agreed European response that strikes the balance between responsibility and solidarity.” said Migration, Home Affairs and Citizenship Commissioner Dimitris Avramopoulos
The Commission reported on progress made on measures to tackle the refugee and migration crisis in Italy, Greece and along the Western Balkans Route. According to the report, In Greece, the proportion of migrants fingerprinted has risen markedly from 8% in September 2015 to 78% in January 2016. In Italy, it is at 100%. The Italian reception system has been declared as “largely sufficient”, and slowly but surely the identified hotspots are being better equipped and made fully functional.

However, there remains still a lot of work to be done, as according to the European Commission “numerous deadlines have not been met and commitments are slow to be fulfilled.”
The crisis continues, with the relocation of 66,400 people in need of international protection from Greece, only having seen 218 relocations so far.
In Italy, the foreseen rollout of six identified hotspot areas (Lampedusa, Pozzallo, Porto Empedocle/Villa Sikania, Trapani, Augusta and Taranto) has been slow. This was due to the need to build from scratch and problems with infrastructure, staffing and coordination.
Amnesty International strongly condemns Europe's handling of the refugee crisis so far, stating that “Europe’s fortified borders are putting some of the world’s most vulnerable people in terrible danger, creating a humanitarian emergency. Thousands are getting trapped along Fortress Europe’s fences, forced to walk for weeks and months, sleeping outside in the cold.”

“This is about helping Greece, Turkey and the European Union with stemming the flow of migrants and refugees and coping with a very demanding situation... a human tragedy,” said NATO Secretary-General Jens Stoltenberg.