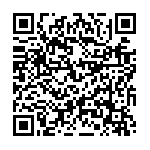 Three documentaries tell the stories of those who have been forced to flee to save their lives and those of their families, because of war, climate change, religious or political persecution.

According to the United Nations High Commissioner for Refugees (UNHCR), at the end of 2014 more than 59.5 million people had been forced to abandon their homes due to conflicts, humanitarian, socio-political and environmental crises. 51% of this population are children under 18. Three quarters of these refugees are still in a situation of “long term exile” with no prospect of going back home.
Studies maintain that the refugee population will continue to grow throughout the next decade, also in new and diverse forms. New connotations will be determined by demographic growth, especially in Africa and Asia; by urbanization, which will create a growing number of urban refugees; by climate change and natural disasters which cause millions of exiles every year; by the rising cost of food resulting from urbanization and a reduction in agricultural production in Africa and Asia, as well as by increasing conflicts that could cause the de-population of entire areas.

Barbara Cupisti, an Italian multi-awarded documentary film director, who has focused her work on the most vulnerable people, directed three documentary movies to tell the stories of refugees. “With the recent arrivals of hundreds of thousands of people in Europe from refugee camps and war-torn countries, it is essential to have a close look at the stories of these individuals, to understand why they had to leave their homes and why then, they left the refugee camps”, says Cupisti. This is why refugees worldwide live at the mercy of their host country and the relationship, as it is here, is often marred by xenophobia or racism and complicated by the politics of a brutal civil war, or lives crushed by poverty.

The first documentary is dedicated to those who flee from their homes because of wars and conflicts. The movie starts with the pictures and the experiences gathered in the biggest refugee camp in the world. Dadaab. Stranded in the desert of Kenya’s northeastern province, surrounded by mile upon mile of sand and scrubby bushes, around 430.000 Somalis escaped from war have been living for over 20 years in makeshift shelters, in need of total assistance and in a condition of insecurity at all levels: housing, health, education, job and economy. More prison than city, Dadaab camp attracts little attention, unless a famine or terrorist attack from Al Shabaab,the Somali Jihadist group in Kenya, jolts us into awareness. From Africa we go to the war in Syria, which is causing the escape of more than 2 million people, and is generating the biggest humanitarian crisis of the last decade. Their stories take place between Jordan and Turkey. Zaatari camp, 12 km far from the border between Syria and Jordan, is home to more than 90,000 Syrian refugees. But although they are safe from the effects of direct conflict, there are high cases of sexual violence and rape in the camp. The documentary ends with the stories of the Palestinian refugees. Since their catastrophic displacement in 1948, they remain, today, a scattered people, further displaced by conflict, blockaded and living under occupation, marginalized by national legislations, deprived of rights and fervently longing for a resolution of their exile and dispossession.

The second part of the Trilogy is dedicated to the Tibetan diaspora who fled from Tibet due to political and religious persecution. After the Chinese occupation of Tibet in 1959, when the Tibetan refugees followed H.H the Dalai Lama in exile in India, Nepal and Bhutan, His Holiness has built educational, cultural and political institutions to try to maintain and preserve their unique identity, while in exile.

The third movie deals with ecological refugees, who are obliged to leave their homes because of events such as natural disasters linked to climate changes, soil erosion, desertification, deforestation, depletion of natural resources. The UNHCR estimates that between 250 million and one billion people throughout the world will lose their homes or be forced to move from their region or even country over the next 50 years. In Latin America, an increasing number of people are facing the difficult choice of whether to stay or to emigrate. However, the movie is shot in Brazil, where the Guaranì people are suffering and disappearing because of the destruction of the Mato Grosso forest. And in California too, which is facing one of the most severe droughts on record and has started, for the first time, to ration the use of water by private citizens. “In the near future, the continuous lack of water, could force them to leave their home and become “refugees” in America, a clear paradox for the most developed nation in the world”, concludes the director.