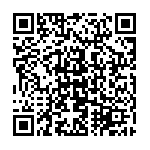 In view of next week's European Council, the Commission is today reporting on the implementation of the priority actions under the European Agenda for Migration and highlighting key areas where immediate action is needed to restore control.

The most severe refugee crisis since the Second World War, with over 60 million refugees or internally displaced people across the globe, requires a radical strengthening of the EU migration system and a coordinated European response. While a reduction in flows is highly desirable in view of often overwhelmed national and local authorities, there should be no illusions that the refugee crisis will end before its root causes – instability, war and terror in Europe’s immediate neighbourhood, notably continued war and atrocities in Syria – are addressed in a definite manner.

Over the last six months, the European Commission has worked for a swift, coordinated European response, tabling a series of proposals designed to equip Member States with the tools necessary to better manage the large number of arrivals. From tripling the presence at sea; through a new system of emergency solidarity to relocate asylum seekers from the most affected countries; via an unprecedented mobilisation of the EU budget of over €10 billion to address the refugee crisis and assist the countries most affected; providing a new coordination and cooperation framework for the Western Balkan countries; starting a new partnership with Turkey; all the way to an ambitious proposal for a new European Border and Coast Guard, the European Union is bolstering Europe's asylum and migration policy to deal with the new challenges it is facing.
However, while important building blocks havebeen put in place, full implementation on the ground has been lacking. It is clear that much more needs to be done to achieve a sustainable system of migration management.

In view of next week's European Council, the Commission is today reporting on the implementation of the priority actions under the European Agenda for Migration and highlighting key areas where immediate action is needed to restore control of the situation.

In the second half of 2015 unprecedented numbers of people have found their way into Europe by irregular means. Those who need protection must apply for asylum in the first EU country they reach. If necessary, they can be relocated to other Member States in order to achieve a fairer distribution. But people who do not claim asylum, or who do not qualify for it, must be quickly and effectively identified and returned. Getting back to an orderly management of flows is the most pressing priority today. The European Commission is supporting Member States in delivering a coordinated European response, including in terms of substantial financial and practical support

In December, the European Commission reported on the progress made on the execution of decisions taken by the Member States and found that implementation was too slow. Two months later, some progress has been made on a range of issues. For example, there has been progress in the rate of fingerprinting, which is a crucial component in the proper management of the asylum system. The proportion of migrants whose fingerprints are included in the Eurodac database has risen in Greece from 8% in September 2015 to 78% in January 2016, and in Italy from 36% to 87% over the same period. It remains the case, however, that numerous deadlines have not been met and commitments are slow to be fulfilled.

To present the progress achieved so far and the work that still need to be completed, the Commission has today presented Progress Reports on the hotspot system and relocation scheme in Italy and Greece and the measures taken to implement the commitments in the Statement agreed at the Western Balkans Route Leaders Meeting in October 2015. The Commission is also issuing reasoned opinions in nine infringement cases as part of its commitment under the European Agenda for Migration to prioritise implementation of the Common European Asylum System. Moreover the Commission is presenting a report on the implementation of the EU-Turkey Action Plan.

The Commission has adopted today a Recommendation addressed to Greece on the urgent measures to be taken in view of the gradual resumption of transfers under the Dublin Regulation. The College has also proposed the temporary suspension of the relocation scheme as regards 30% of applicants due to be relocated to Austria this year. Finally, the College discussed draft recommendations under Article 19b of the Schengen Borders Code to be addressed to Greece.

While the number of migrants arriving to Europe remains high, we need to step-up the implementation of the agreed European response that strikes the balance between responsibility and solidarity. It must be clear for people arriving in the Union that if they need protection they will receive it, but it is not up to them to decide where; and if they do not qualify for protection, they will be returned. To better manage the flow of migrants and secure European borders, all Member States shall deliver on their commitments, strictly apply the European rules on asylum and border control and provide the necessary support to those Member States that are the most exposed

Stabilising the situation in Member States under greatest pressure: recommendation on restoring Dublin transfers to Greece

For the Common European Asylum System to work, there must be a real possibility to return asylum-seekers to the country of first entry into the EU, as foreseen by the commonly agreed EU rules. Since 2010-11, Member States have not been able to carry out Dublin transfers to Greece due to systemic deficiencies raised by the European Court of Human Rights and the European Court of Justice (ECJ).

The Commission has today adopted a Recommendation addressed to Greece on the urgent measures to be taken in view of the possible resumption of some transfers under the Dublin Regulation. Since the ECJ judgement in 2011, Greece has made some improvements and has taken action to remedy the shortcomings in its asylum system, closely monitored by the Commission, European Asylum Support Office, and Member States.

However, the Commission recognises that even though more adequate asylum structures have been established, such as the Asylum Service and First Reception Service, there are still key areas in the asylum process that need to be improved before the Dublin Regulation can be fully applied to Greece again, notably in the areas of reception capacity and conditions, access to the asylum procedure, appeals and legal aid.

The Recommendation sets out the concrete steps that must be taken to bring Greece back into the Dublin system, focusing on enhancing reception capacity and living conditions for asylum seekers in Greece and allowing effective access to the asylum procedure, including appeals, by ensuring that the relevant institutions are fully operational, adequately staffed and equipped to examine more applications. At the same time account should be taken of the burden placed on Greece by the current high number of asylum seekers.

It will be for Member States authorities under the control of their courts and the Court of Justice to decide whether they consider that the conditions are such that a limited resumption of transfers can commence. The Recommendation asks Greece to report on progress in March, which will clarify the assessment whether the conditions are such as to allow for Member States to resume individual transfers to Greece under the Dublin Regulation in the light of the specific progress being made.

Managing the EU's external border brings responsibilities. Under severe migratory pressure, several countries including Member States have seen themselves as transit countries only, setting up small-scale and very short-term reception capacity and in some cases transporting migrants from one border to another. The Commission has in this regard, insisted on the importance of the registration of migrants, the resilience of borders and on increasing reception capacity in order to ensure structural solutions to the challenge Europe is facing.

To address this trend, it is necessary that the countries along the route speed up the fulfilment of the commitments taken at the Western Balkans Leaders' Meeting and ensure that decisions taken are fully coordinated and, where relevant, framed by Union law. Most importantly, all Member States must commit to ending the 'wave-through' approach to those who indicate an interest in applying for asylum elsewhere. Those who are not in need of protection must be swiftly returned, in full respect of fundamental rights.

The Union's ability to maintain an area free from internal border control is contingent on having secure external borders. The Schengen system contains a great deal of flexibility to allow Member States to respond to evolving circumstances. The continued increase in the numbers of migrants and refugees arriving resulted in Member States taking exceptional last resort measures, such as temporarily reintroducing internal border controls, in accordance with the provisions under the Schengen Borders Code.

Today the College of Commissioners has discussed draft recommendations for Greece under Article 19b of the Schengen Borders Code. After a Schengen Evaluation Report concluded that there are shortcomings in Greece's external border management, the Council is now considering recommendations to remedy these serious deficiencies. The Commission stands ready to take appropriate implementing measures once the Council has decided on this. The stabilisation of the Schengen system through the use of its safeguard mechanisms is essential in order to ensure the subsequent lifting of all internal border controls.

Relocation is an essential tool to lessen the strain on the Member States under greatest pressure, to ensure a fairer distribution of asylum seekers across Europe, and to restore order to the management of migration. But it requires effective cooperation between relocating countries, and the receiving Member States and the political will to make relocation work.

That is why the Commission has today written to all Member States to remind them of their obligations under the two relocation decisions and to call for acceleration in the pace of implementation in view of the clear objective to provide urgent assistance. As border controls along the Western Balkans route tighten, the pressures that these decisions were intended to alleviate are likely to increase, making the need for solidarity even more compelling.

The relocation decision provides for the possibility to adapt the relocation mechanism in cases where Member States are confronted with sharp shifts in migrations flows resulting in sudden inflow of nationals of third countries. Due to the emergency situation that Austria is currently facing, the Commission has proposed a one-year temporary suspension of the relocation of 30% of applicants allocated to Austria. The current situation in Austria is characterised by a sudden inflow of nationals of third countries on its territory resulting from secondary movements across Europe, leading to a sharp increase of the number of applicants for international protection. In December, the Commission had already proposed that the obligations of Sweden concerning relocation should be temporarily suspended for one year.