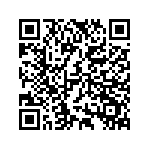 It is hard to recall a year as successful as 2015 for international development policy. However, the story seems to be slightly different when looking at the concrete actions taken. And as usual, this is at the expense of the poorest and most vulnerable people in the world, says Caritas Europa.

A couple of weeks ago CONCORD, the European NGO confederation for relief and development, launched a spotlight report on “Migration and Development”. Caritas Europa dedicated a lot of attention to this moment and to the contents of the report itself. This was not only because the chair of CONCORD’s migration & development task force, Bob van Dillen, is from Cordaid (Caritas Netherlands) and represents Caritas Europa in a brilliant way, but because this issue can either make or break the European dream, though a good share of EU citizens neglect this fact.
For years now, Caritas has been advocating the importance of facing migration and development-related issues in a systemic way rather than working in silos, especially since they pose huge human and global challenges. Once again, this approach requires much more effort; yet, it is the only way for achieving possible sustainable solutions.

On paper it seems we are living the best moment ever: the universality of the Sustainable Development Goals (SDGs) agenda is recognised, together with the “no one left behind” approach. The SDGs are ambitious, as is the climate agreement we won in Paris over a month ago. Since the Financing for Development conference in Addis Ababa last year, we should be reassured about the fact that all meaningful stakeholders all over the world, both private and public, will work together towards a better and fairer world. The cherry on the cake arrived last November in La Valletta where the international community recognised the need to face migration and development in a consistent way, with Europe and Africa at the centre of the dialogue (read more in our statement).

It is hard to recall a year as successful as 2015 for international development policy. However, the story seems to be slightly different when looking at the concrete actions taken. And as usual, this is at the expense of the poorest and most vulnerable people in the world.

According to the International Organization for Migration (IOM), 3,695 people died at sea in 2015 while trying to reach Europe. And since the beginning of 2016, already 374 people have died while attempting the crossing. This should be more than enough to make one stop and think; yet, it seems that the EU’s approach to migration is still more focused on the need for security rather than on saving lives. And not only this, it seems that this fear for one’s security is threatening the European project. How is this possible? This is even more incredible when we see countries like Lebanon – with less than 4.5 million inhabitants – hosting over 1.8 million refugees, nearly 4 times the number of people knocking at EU borders in 2015. Let’s not forget either the lack of recognition for south-south migration as being the largest part of the phenomenon.

It is clear that something, somewhere, must have gone wrong. And I strongly hope it is not too late to step back and revise priorities/ways of working.
In the introduction of the spotlight report we read that “the political and media attention mainly focuses on aspects related to the migrant and refugee status and whether or not these persons should be accepted to stay in Europe...” When reading the daily EU news, it is difficult to argue against such a sentence. How much more media space is given to these questions rather than talking about the situation in the countries of origin? Way too much.

The European Commission identifies coherence between migration and development as one of the five pillars to measure Policy Coherence for Development. It is clear that when losing a pillar, no matter how strong the building is, it might still fall down.

During the launch of the spotlight report, a reference was made again to the economic crisis Europe is going through. Caritas Europa has denounced on several occasions its impact on increasing poverty and unemployment. However, the economic crisis cannot be used as an excuse for the end of solidarity and the triumph of individualism. Unfortunately though, this is often the case during debates among different Directors-Generals of the Commission.

The spotlight paper has also been conceived because of a shared concern for the respect of migrants’ human rights, and especially of those who are forced to flee. The right to leave one’s country is well stated in the Universal Declaration of Human Rights (art. 13.2) and human rights should never be undermined by political compromises.
At the same time “tackling the systemic issues that generate un-chosen migration” is a duty of European development policies and, again, it needs to be done in a coherent way with a decent amount of time, financial resources and political vision.

It is difficult to face all this when every single news story is heard and seen with lenses full of fear. 2016 is a key year for changing rhythm and for starting to walk the talk. It is time to turn towards a hopeful vision for all of Europe. The legitimate aspiration for a decent life needs to be at the core of all policies, which are made by people having the same desires, thoughts and wishes.

The author is Caritas Europa's Policy and Advocacy Officer for International Cooperation and Development.

Caption: The sun rises over Fort Saint Angelo on the final day of the Valletta Summit on November 12, 2015 in Valletta, Malta. Ben Pruchnie/Getty Images.