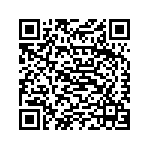 From Cologne to Yemen, we’re only 12 days in and already conflict, migration, women’s rights, climate justice, and human rights issues are set to dominate our 2016 headlines. In the age of information, it’s hard to pinpoint the key global challenges facing us. To simplify things, here is Vita International’s birds-eye view of the top 6 global challenges facing us this year.

We are currently living a complex international reality, and the upcoming year forsees a number of global challenges. Vita International has compiled a list of 6 of the key themes the world will be confronted with this year:

The recent attacks on women in Cologne have highlighted once again how far we still have to go with women’s rights. As the European Women’s Lobby stated “Sexual violence is not `collateral damage` of street robbery or other crimes. Women are not fair game.” Gender inequality persists, 20 years on from the landmark Beijing Declaration and Platform for Action. Not only are women the victims of physical violence such as in the recent attacks across German cities, but worldwide they are still underpaid, overworked, forced into marriages, mutilated, and trafficked into sex slavery. In 2016, organizations such as the European Women’s Lobby are drawing attention to the need for a clear and meaningful strategy against gender inequality using the hashtag #ourfuture.

More than 16 million babies were born into conflict in 2015 (UNICEF). Children are the most vulnerable members of the global population, and in situations of conflict they are the ones who are suffering the most. Save the Children’s UK Campaigns Director Kirsty McNeill says that “Europe is doing too little to protect and help vulnerable refugee children and stop families drowning on our shores. This is the test of our European ideal. When children are dying on our doorstep we need to take bolder action. There can be no bigger priority.” Worldwide, 3 million children died of starvation in 2015, and with the deepening of crises in places such as Syria and Yemen, this number is looking to increase in 2016.

With over 4.5 million youth currently unemployed in the EU, the results of thinkthank ThinkYoung's Erasmus survey are hardly surprising: "young people in Europe have significant concerns around three key issues: employment and job creation, reducing red tape, and climate change." (ThinkYoung, Erasmus Generation Survey). In 2016, according to ThinkYoung, the focus will be on targeting the world's NEETs (young people aged 16-24 Not in Education, Employment, or Training), through projects such as Learn2Work.

It’s official, we are in the anthropocene age: humans have become the major force for environmental change on the planet. This year has already seen floods in the UK, and one of the warmest winters in recent history. Post COP-21, the world is waiting to see to what extent the agreed-upon measures will be implemented, and the focus will shift onto the accountability of national governments. Many are not happy: the European Environmental Bureau that unites civil society actors focusing on climate justice argues that “the emissions reduction target is strikingly weak and vague”. In 2016, the UN Environment Assembly will meet for the second time, in Nairobi, and discussion on progress will be made. According to ThinkYoung, “92% of young Europeans indicate that climate change is one of the most important issues the world is facing today”, and we need to make concerted efforts to encourage sustainable development and solutions to the environmental crisis we are facing.

The biggest threat to democracy predicted to 2016 is that of Islamic radicalization. The mass executions in Saudi Arabia this week have ignited warnings from the European Foundation for Democracy concerning the increase in terrorism and radicalization worldwide, especially in the age of technology where radicalization can now take place over a distance in a short-term. Orban’s regime in Hungary is also raising concerns about the changing face of democracy in Europe, with Orban being termed 'Europe's new dictator'.

Last year the European Commission launched the Emergency Trust Fund for stability and addressing the root causes of irregular migration and displaced persons in Africa of €1.8 billion. After 2015, which was a crucial year for development with The International Conference on Financing for Development (Addis Ababa) the adoption of the Sustainable Goals (New York) and last but not least COP21, 2016 will be a year of implementation. Civil society’s role in ensuring that governments respect the agreements is crucial.

Migration dominated the 2015 headlines, from the Balkans to Calais and the Mediterranean, the world’s eyes were on the millions of Syrian and African refugees risking their lives to escape conflict and famine. In 2016 this does not seem set to change. With the worsening of global conflicts in 2016 as outlined by International Crisis Group in their Early Warning Watch List, there is a reversal of the trend since the Cold War of conflict rather than peace, and the UNHCR estimates that between 250 million and one billion people throughout the world will lose their homes or be forced to move from their region or even country over the next 50 years.