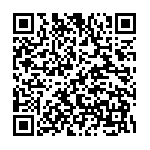 According to a World Bank study, the socio-economic conditions, poverty or any other sort of deprivations aren’t among the reasons due to which people join the extremist groups

Against the backdrop of a slowing global economy, the Middle East and North Africa (MENA) region is expected to grow at an average of 2.3 percent this year, half a percentage point lower than last year, according to the latest issue of the World Bank’s MENA Economic Monitor.

«The disappointing performance of the MENA economies, and possibly the global economy, is partly due to the rise of terrorist attacks and spread of violent extremism», says a newly released World Bank study entitled “Economic and Social Inclusion to Prevent Violent Extremism”.

Four of the developing oil exporters—Syria, Iraq, Yemen and Libya—are mired in civil war or violent conflict. MENA’s oil importers, who would normally benefit from low oil prices, are also growing slowly (2.6 percent on average) because of spillovers from wars in neighboring countries or the effects of terrorist attacks on tourism and investor confidence.

The proliferation of the violent conflict in Syria over the past six years has taken a heavy toll on life of the Syrian people and is resulting in a large outflow of refugees. The estimated death toll has exceeded 250,000 people (as per the UN); a recent report by the Syrian Center for Policy Re-search (SCPR) put the death toll at 470,000, with 1.2 million injured and many more displaced. In addition, 1.1 million asylum applications were filed by Syrians in Europe from 2011 through June 2016.

Recognizing that the rise of violent extremism has contributed to the region’s poor economic performance - not to mention to the death, destruction and human suffering caused by civil wars and conflicts - the study aims to find out why some people from across the world decided to leave everything behind and join a terrorist organization.

The results? Contrary to popular belief, the researchers found that Islamic State group, as known as Daesh, did not recruit its foreign workforce among the poor and less educated, but rather the opposite. «While wealthier people have more to lose (a higher opportunity cost) by risking their lives, they are also more likely to have the means to afford their trip to Syria and Iraq», sats the report.

But a more important finding is that these individuals are far from being uneducated or illiterate. Countries in Europe and in Central Asia, as well as other OECD member countries, produce Islamic State recruits that exhibit similar levels of education to their compatriots.
In contrast foreign recruits from the Middle East, North Africa and South and East Asia are significantly more educated than their fellow, average country men. Additionally, those who choose to become the suicide bombers are the average among the more educated groups. The report also revealed that out of 331 recruits described in a leaked Islamic State database, only about 17 per cent did not finish their high school, while a quarter of the fighters have university-level educations.

Instead, the factors most strongly associated with foreign individuals’ joining IS’s Syria and Iraq-based forces have to do with a lack of economic and social inclusion in their country of residence. Moreover, unemployment certainly has explanatory power. Most of Islamic States recruits were jobless in their home countries. The study made also clear that poverty is not a driver of radicalization into violent extremism.

In its statement following the publication of the report, the World Bank concluded that economic and social inclusion could not only help prevent the spread of violent extremism, but it could also improve economic performance in the Middle East and North Africa.