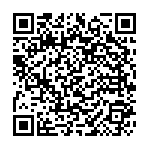 When people learn I run a secularist charity, many are confused about what secularism means and its consequences for non-Christians in the UK, writes Tehmina Kazi.

For the last seven years, I have been the director of a registered charity named British Muslims for Secular Democracy. When I tell other people what I do at networking events and dinner parties, most are delighted; a small proportion give me funny looks, and the rest remain abjectly confused about what secularism actually means, and its attendant implications for religious minorities in the UK.

Hence, I was pleased to find out about that Jacques Berlinerblau, author of “How to Be Secular: A Call to Arms for Religious Freedom” would be speaking at the Secularism Conference on 3rd September 2016, alongside myself and other secular activists. While the book was written from an American perspective, it also provided a rigorously-researched blueprint for addressing some of these issues in the UK.
As Berlinerblau summarises, “So everyone uses the term (secularism), but its definition remains vague…if there’s ever going to be a coherent secular movement… there will have to be clear articulation of its core values and principles.”....continue reading here.