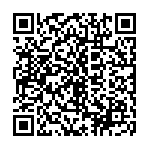 “Violent radicalisation is not a new problem, but it is a phenomenon in constant evolution.” On Tuesday at the King Baudouin Foundation a meeting was held amongst civil society and radicalisation experts, on working with families to both prevent violent radicalisation, as well as providing support for those whose children have already left for Syria and Iraq since 2012.

On the frontline of the fight against radicalisation in Europe are families. It is often parents and siblings that notice changes in the behaviour of the radicalised individual. When they leave to fight for ISIS, it is the family that are left to face the the fear and sadness of loss, as well as the stigma and judgment of the community around them: to face those who question “how did you raise your child for them to do this?”. In the case of return, they also have to tackle the reintegration and mental health issues of the individual, as well as their own trauma.

Over 20,000 foreign fighters have left to fight for ISIS

“There is no classical psychological profile for a radicalised individual, or their family” stated clinical pyschologist Virginie Leblicq yesterday, who works with radicalised returnees, as well as their families. “I’ve had to adjust my method and start working with people with a lot more religious knowledge than I have, who understand the religious texts and can deconstruct the very rigid view of Islam that these radicalised youth have.”

“Often my patients come from very moderate and sometimes even non-Muslim families, who don’t understand their child’s choice. The families are traumatised, afraid of losing their child, and of judgement from the authorities and stigma from the community.”

The King Baudouin Foundation is supporting a number of projects that work on counter-radicalisation. Two of these are Bravvo and CAW Vilvoorde. Both take an integral and preventative approach to the problem of radicalisation, by running targeted information campaigns, education sessions, and discussion groups between mothers whose children have left, and those whose children have not left yet but run the risk of doing so.

10% of returnees commit offences on return

Mothers especially have been highlighted as being key to a counter-radicalisation strategy. André Vandoren, director of the OCAM (Organe pour la Coordination et l’Analyse de la Menace), stated that “since 2012, when the numbers of people leaving for IS controlled territory increased rapidly, the actions of mothers became crucial. We were late coming to it: it was the mothers who initiated the first contact to move things forward with us, and we did not react in time.”

Now the OCAM are beginning to work more closely with families, in order to tackle radicalisation with a more integrated approach that does not rely solely on security measures such as surveillance. It also takes into account the social possibilities of using the family, community, and civil society networks to inform people on the warning signs of radicalisation and its effects. That being said, Vandoren made it clear that “the first rule remains to guarantee the security of citizens.”

With the swiftly changing face of radicalisation, Vandoren highlighted how the demographics of those leaving for Syria and Iraq have expanded beyond the usual profile of young men: “there are women who are leaving now too, and they are taking their children with them.” In a previous interview with Vita International, the EU counter terrorism chief Gilles de Kerchove also echoed this sentiment, and drew attention to the speed and ease with which an individual can become radicalised nowadays.

In contrast, a study carried out by the European Parliament on radicalisation in Europe, one of the key findings was that “Recruitment does not work as a domino effect or as a logical chain reaction”. Counter-radicalisation strategy is a tricky terrain to navigate, often with prevention programmes having been found in some instance to “generate a feeling of suspicion that is unhelpful to the relations between the state and Muslim communities across Europe.” However, what is becoming increasingly clear following the attacks on Paris and now Istanbul is that it is necessary for counter-radicalisation measures to continue evolving. By taking a multi-dimensional approach and including families in the counter-radicalisation strategy, the frontline against violent radicalisation will continue to be strengthened to tackle the evolving threat.