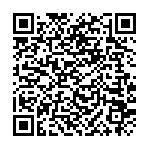 Wael Farouq: "Let’s not do play the Islamic State’s game. Closing the borders is wrong, those who want to come to Europe are attracted by its values".

Professor Farouq, how should the dramatic events of November 13th be read?
I believe what happened in Paris tells us essentially two things. The first is that ISIS has an ideology and a clear goal: to erase the gray area that represents the scope of ​​dialogue between the Christian and the Muslim world. Terrorists have not hit the buildings of the French government. The have targeted a restaurant, a stadium, a theater. When you shoot indiscriminately or you blow up these kind of places, you cannot discern if you kill a Frenchman, an Italian, a Muslim or a Catholic. Because these are precisely the places of mass where people go to enjoy food, music and football. There could be anyone. What they can be sure of, however, is targeting an area that defines and allows relations and interactions to take place between people with different cultures and religions. That is the gray area I referred to before.
Remember that the first public statement Isis made public called on all Muslims around the world to join the Islamic state. This ideology aims at dividing the world between white and black. This is the reason explaining ISIS’ fury towards places of beauty such as the Iraqi museum or Palmira. I destroy the beauty because beauty is a powerful glue that unites people beyond their nationality or religious beliefs. Otherwise they would be inexplicable behaviors. Indeed, it is a clear strategy. It is so clear that it has been openly acknowledged through the pages of Daqib, the magazine of ISIS but also and in different statements: the gray zone should be deleted. We, however, must defend the gray area strenuously.

What do you mean by "the West " ?
This is the key question. The West is not a geographical entity. The West should be a hub of values. But instead, it lives by contradictions that are so large that it does not recognize its core essence anymore.

What kind of contradictions?
The anti-ISIS coalition includes sixty countries, however in recent years the expansion of the Islamic state has done nothing but expand. How is it possible? One of the allies of US and Europe is Saudi Arabia, a country that is also the cradle of the Wahabbi ideology, which is the other coin of the ISIS, with the only difference that is not armed. The West continued to do business (arms and oil) with the Islamic state, despite having declared war on paper. The day before the massacres of Paris two bombs struck a shopping street in the Lebanese capital Beirut, an area inhabited mainly by Shiite Muslims. As in Paris, Beirut suicide bombers of Daesh have implemented a synchronized military attack, hitting the crowd with two explosions that took place few minutes away from each other in order to increase the victims and the wounded. The West hardly noticed it. If we deem human life a value, we can’t make exceptions. The fight against ISIS must be waged on all fronts. If the West refrains from doing so, it will deny its values ​​and it will become ambiguous, contradictory and weak. Al Qaeda was considered the absolute enemy until recently. Now in Syria is deemed as a moderated brand of Islam. I repeat: how is it possible? When the interests of the moments prevailed on anything else and on our principles, everything else becomes less credible. Everything we will do will be lacking of any sense. ISIS has clearly defined targets. The West lives in a constant contradiction.

Does ISIS represent Islam?
Certainly it is fueled by an interpretation of Islam. Nobody can’t deny this. However it is equally true that there are many Muslims who are contributing to the construction of the Western model. There are saliently playing a constructive role in many areas of public life and I consider myself among them. They are Muslim man and women.
Then, no one can distinguish from a good Islam and an evil Islam. The distinction has to be made ​​among people based on what they do and what they say.

What do you think of the French government's decision to close its borders for security reasons ?
Kicking out of Europe 30 million Muslims who live there is unreasonable and impossible. Unless you want to apply the paradigm of the Holocaust , but the Jews still exist. The European Muslims’ integration, their participation in the Western communities do represent the most powerful weapon in the hands of the West to counter Islamist ideology . As for the Muslim migrants who want to come here, it must be understood that they move to Europe not just to find a plate to eat but because they are attracted to the Western model. Slamming the door in their face does not seem reasonable.

Will Europe have the courage to make decisions that seem unpopular ?
You recalled the decision of Hollande to close its borders. I remind you that in the same dramatic minutes many Parisians opened the doors of the houses to those who were seeking shelter. I do not hold much faith in governments nor in the European institutions. I do believe that Western citizens, Christians or Muslims, have the key to exit from the ambiguity . ISIS is defeated by fully embracing Western values: the beauty of art, dialogue, coexistence, cosmopolitanism, the joy of being together and opened borders.

Wael Farouq is an Egyptian intellectual and author of several books. He is currently visiting professor at Università Cattolica del Sacro Cuore in Milan (Italy).
Follow him: @FarouqWael

Translated from Italian by Martino Pillitteri.