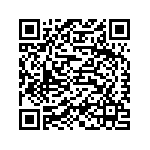 Nasser Weddady, radicalization prevention expert, explains to Vita International why Isis is so successful at radicalizing young Europeans and offering them a vision of a new world.

Interview with Nasser Weddady, guest speaker at the “Post-Paris attacks: what role now for EU radicalization prevention policy?” conference organized by the European Foundation for Democracy in Brussels.

Let’s start with Syria. What is the major failure over there?
The White House is the problem. The president, the chief of staff, the national security advisor, and deputy national security advisor are the problem. If they were to leave office today, the Isis crisis would have probably been dealt effectively. These people are not up to the task. They allowed Syria to turn into a massive vortex.

Why is that so?
Because they are running on this ideological sort of article of faith based on “we don’t do anything in the Middle East” notion. And here is the result. Who is paying the price now? Europe is getting hundreds of thousands of refugees and bombs blow up.

When France and Europe got rid of Gheddafi, the outcome turned the opposite of what they were expecting.
The situation in Libya broke messily because the western coalition bombed and then left. There was no plan, no follow up, no vision. We basically said: we bomb and then you Libyans figure out what to do next.

If we apply the same logic in Syria, the country could become what Libya is today
When President Obama delivered a tough speech saying Assad had crossed the red line,, some of the regime’s officials and commanders started hiding. There were even a couple of high defections. The intimidation worked, but it was not followed through. Among every Syrian that I have met, not a single one told me he or she didn’t desire a ceasefire. But here is the contradiction: they want the end of the war very badly, but not a Syria with Assad. He has to go. Why does Assad have to stay? The man controls only 20% of the country. He does not know what is going on in 5 km from his palace. How he can be a partner? If we keep Assad in power the situation in Syria will get much worse, to an extent we can't even imagine.

After Obama had that speech ( following the chemical attacks) someone else came in the picture. The Pope. He created an anti-war movement that resonated with lots of people.
He made a mistake. A huge mistake. I like this Pope, I like him a lot. However he was wrong. He contributed to prolonging the suffering of everyone.

If Syria were Assad-free, and France, England and Russia were to stay out of the Syrian borders, would extremism be contained ?
No. That’s an over-simplification. The purpose to remove Assad is to get the majority of Syrians to sit down, have a dialogue and set up the conditions so that they can take things on their own hands. Getting rid of Assad is not a humanitarian act - it is a pragmatic calculated move aiming at a long term impact: to defuse the main driver of the Syrian civil war. If we remove Assad, a lots of rebels have an incentive to be turned against Isis.

Let’s talk about European Muslims who turned radical. The argument that is debated the most sponsors the correlation between the Syrian war, and the radicalization process of your European Muslims. What are your thoughts about it?
It is very complicated. First off, it is comforting for society to say and to hear that it is because of Syria. My answer is that your societies, the French, the Belgian, are broken. You need to admit and deal with that. They have failed to assimilate people. In Europe we still talk about integration. The efforts though should be spent on the assimilating process. The radicalization of these guys works because Isis and company offer these young people a vision of a new world. They give them purpose, a sense of self-importance. They are led to believe they are contributing to something that is bigger then themselves. People who are committed to a cause are willing to die for it. But the fundamental fact is that they are evil. Then, they run a very effective propaganda that is designed for millennials. It resonates well for people born after 1990. It is a combination of images from video games, Hollywood movies, a certain type of music tones. They take in western symbols, terminology and cultural references that resonate with the youth here in Europe. There is an evolution from Al Qaida’s propaganda. In the last decade, Al Qaida’s propaganda was based on communicating in English what Osama Bin Laden had said in Arabic. There were lot’s of diatribe of theology that you had to have some basic knowledge of to be able to understand. It was gibberish for a 17 year-old guy. The major success of Isis, and the scary part, is that they know their audience. They took and adopted their materials, and their message to these guys. It is summarized very well in messages like “you can be important”, “you can accomplish something important instead of remaining in your ghetto”. Another line that works well is the call “to come and save your fellow Muslims”. Once it resonates, it works as a cascade effect. You think you are Italian or Belgian? No, you are Muslim. Then they set you up to act against your own society.

Why the message “Islam has nothing to do with terrorism” promoted by European Muslims who rightly defend their religion does not resonate with the European audience?
I think many Islamic community leaders are not straight. When talking in public the say “Islam has nothing to do with terrorism, but”. An the “but” is usually referred to the Israel-Palestine issue, or other issues that depend on the head of the organization’s ideology. You can fill a list of “buts” That “but “ is a turn off for the western ear. It creates confusion and generates anger. On the other side, it is not reasonable to demand that every time something of this magnitude happens someone from some communities has collectively to denounce it. It is a sort of prejudice. It implies that these people are complicit or associated with the acts or they share their logic. Let’s not forget that terrorism killed mostly Muslims.