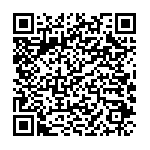 Only 14 of the 72 victims have been identified as Christians but the international media is portraying this brutal attack as a Christian tragedy. Religious terrorist organizations constantly try to lure young people into joining them and they do so by creating the illusion that the current war is a war between Muslims and non-Muslims.

Last time the world showed these levels of solidarity with Pakistan was when 134 children were massacred inside a school in Peshawar in December 2014. This time the dead bodies are more than 70. Again many children are amongst the victims, but the official target is said to have been the “Christian community celebrating Easter” at the Gulshan-e-Iqbal park in Lahore.

But how true is this?

The Jamaat-ul-Ahrar, a Pakistani Taliban splinter group formed in the summer of 2014, didn't hesitate to claim responsibility for the attack. They are the same group that was responsible for the suicide attacks in two Christian churches in the Youhanabad neighborhood of Lahore that left at least 15 people dead in March 2015.
So how many Christians were actually killed in the suicide bombing on Easter Sunday? According to Lahore Police Superintendent Mohammed Iqbal, only 14 of the 72 victims have been identified as Christians.
Then why is it that international media is portraying this brutal attack as a Christian tragedy? The spokesperson of Jamaat-ul-Ahrar Ahsanullah Ahsan stated the group's intention was that of killing Christians, but how much does its intention weigh over the fact that it ended up killing mostly Muslims?

The truth is that it is not convenient for these extremists to admit to the killing of “Muslim brothers”. All these self-proclaimed religious terrorist organizations constantly try to lure young people into joining them and they do so by creating the illusion that the current war is a war between Muslims and non-Muslims, which is absolutely not the case.
The different ways in which the media covers these types of attacks depending on where they take place and the different reactions of the governments to each tragedy contribute in making people lose track of the bigger picture: how many young Muslims would want to join an extremist organization if they were aware of the fact that the number of Muslims killed by them is far greater than the number of Muslims killed by “the West”?

In a country where only a month ago almost a hundred thousand people gathered to mourn the death of Mumtaz Qadri, a police guard executed for the 2011 killing of Punjab governor Salman Taseer, who publicly advocated reform of Pakistan's controversial blasphemy laws, religion definitely plays a big role in every day life and politics.

Portraying the bombing of Gulshan-e-Iqbal Park as a Christian issue means doing propaganda for the Pakistani Taliban. By claiming that the target was the Lahori Christian community, in fact, Jamaat-ul-Ahrar was appealing to the religious consciousness of the people of Pakistan, in order to find a justification for their inhumane and barbaric act. They were trying to fuel religious hatred and if one thinks about how international media covered the story, one would soon realize that it gave them just that.

What hurts the most is realizing that although the only thing in common between all the victims is their nationality, it is to the Christians, not the Pakistanis, that the world has been showing solidarity.

Sabika Shah Povia is a freelance journalist currently based in Rome (Italy) with a passion for video making. She writes about international affairs and has been published by various national and international, print and online publications. She has lived in three different continents and loves to meet new people and experience cultural diversity in first person. Her areas of expertise and interest include: immigration, social integration, human rights, Islam, religious extremism, and terrorism. @sabikasp