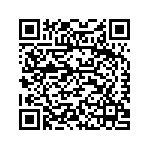 Murat Seyrek, Senior Policy Advisor at The European Foundation for Democracy, shares his views on Isis social media propaganda trends and how to counter the Islamic State's messages

Isis on line propaganda can be defeated. The expert Murat Seyrek, Senior Policy Advisor at The European Foundation for Democracy, explains to Vita International the effective strategy against the recruiting efforts used by the Islamic State.

How does the Isis social media strategy work?
Isis has clear strategies and messages employed to reach out to people. They know where to find potential followers. The people targeted by Isis do not hang out at mosques or cultural associations. They can be radicalised through social media. The messages Isis uses do not refer to violence like acts of killing people. They are about what’s wrong with the world, and they underline the fact that you can be an agent of change. What the Islamic state propaganda implies is that you are finally given the opportunity to channel that change. The messages resemble the extreme left propaganda in the 60ies and in the 70ies. Isis is not targeting losers but people who achieved some sort of success.
From the social media perspective, Isis recruiters’ accounts keep coming back once the accounts are shut down. It is interesting to notice that once the accounts are back, they are not able to reach the some number of followers they had before. Less followers mean less influence. On the other hand, more can be done to shut down their social media accounts and the IP addresses in a way to make it very hard to re-open an account.
There is also another phenomenon: governments should implement laws on how to address and manage the fate of returnees. We need a policy for those who come back from the Islamic state. So far there are laws that make going to Syria to fight a punishable crime, but there is not a clear policy for those who went to Syria to fight, found themselves disillusioned, and then decided to come back. Young women are targeted as well. They play an important role in Isis strategy. The real state structure Isis aims at building needs strong families ties. So Isis is recruiting those girls to give birth and nourish those families. You see, Isis is offering to jihadist the whole package, an Islamic state with services, free homes, a cause to fight for and families to grow. Unfortunately the girls are exploited as sex slaves.

How we make counter narrative effective?

We know it should not come from national governments. On the other hand, all the people escaping from Syria, those who have been on the ground, should be telling their story using videos and documentaries narratives techniques. They are the only credible sources that can describe what it is like living there. The number of people who escaped and who are telling their stories is growing. But it is not easy to convince these people to be part of the anti Isis campaign. Their lives have already been in a state of drama.

So, who can do it?
We have to engage Muslim role models who have some sort of influence on young people. What’s most effective: a message of peace coming from the prime minister of Great Britain or from a Muslim famous athlete? However, the messangers should not be just celebrities. If we want to counter the messages that are dear to Isis, that in the West there is no place for accomplished Muslims, we should engage those Muslims who have been successful in what they do, for example in business and academia. We have to make them more visible.
Some people are more vocal about it, but the efforts are not enough. The efforts should not be only carried out just on line. These role models should talk at schools, at places where people gather. Young Muslims have to see that the future in France or in other European countries is possible for them as well. If they want to change things they can do it by being part of the system rather then fighting it.

Who would you describe as a radical?
The one who does not see a common future in the society she/he lives in while being disturbed by living with people with different faiths and political points of views. It all starts when people say “I cannot be friend with a Christian or with a Jew”, or embracing the idea they have to be converted to Islam.
Unfortunately, here in Belgium, there are Imams sponsored by Saudi Arabia who teach this kind of ideas. They “evil-ise" the other side fashioning the hatred that will then turn into violence. What I wonder is why we allow these imams to come and preach here. Why we allow foreign countries to exercise control over them?
Then, let’s make clear that we are not at war with religion. We have to fight the ideology that is promoting violence that is used as a political tool by certain states like Saudi Arabia.