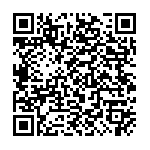 The cure to oppose the spread of extremist ideology according to the former Senator and Democrat party's nominee for Vice President in the 2000 elections.

Vita International met with the former Senator during his visit in Bruxelles to promote the launch of the Counter Terrorism Project.

How does a young man or a woman born and raised in the USA find ISIS’s ideology appealing?
It is hard to understand, as it is hard to understand for instance how a young American guy [Dylann Storm Roof] in Charleston, South Carolina walks in and murders eight African Americans studying the Bible. But this is a deranged personality. When it comes to people in America or in Europe going to become foreign fighters with ISIS, is a larger problem. It is not a majority problem, it is a minority one. But a small number of people can do terrible damage. Part of what the Counter Terrorism Project that we are launching in Europe has been doing, is to try to figure out what we call the counter narrative, what it really means, how do you identify people who may be turning to violent extremism and intervene and stop them. I don’t mean just by law enforcement, but before they do something that requires law enforcement.

Mosques in the USA and in Europe are sources of indoctrination. How we can tackle the problem in that area?
This is very important, you have to look at where the stimulation is coming from that leads individuals to leave their countries and go and fight for ISIS. Unfortunately, some of it is coming from some mosques, the Internet, some is coming from within the family and community; in each case, we have to figure out how to counter those sources of stimulation. In the US, when it gets to religion, you are dealing with the first amendment. Nevertheless, if you are encroaching it, you don’t have the right under the Constitution to encourage violence; therefore, the law can act against you. We also have to ask countries, particularity in the Muslim world, who have state- sponsored imams and mosques--for their own protection, for the protection of the majority--to not sponsor religious leaders who are essentially educating and stimulating individuals who may be vulnerable to their extremist message and to go out doing terrible violence.

One of these countries is Saudi Arabia. Are you aware if they are responding to these problems?
There have been significant changes in the Saudi government. Are they perfect? I don’t know. In 2005, when there was a wave of terrorist attacks in Riad, I think the government realized it was the target of Islamist extremists. The government then turned against the imams in the country, and they watch very closely that they don’t radicalize. On the other hand, there is evidence that money is coming out of Saudi Arabia, and it went to extremist communities around the world and in places in Europe and Africa. Therefore, we constantly have to challenge our friends and allies in the Saudi government not to let this happen. Usually, they answer that it is not the government but it is the people, and you really cannot stop private people from sending money to the radicals.
At the end, we are all victims. The tragedy here is that the extremists are a minority, and it could do a great damage to the majority. That’s why we have to organize.