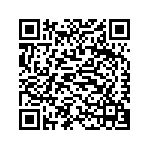 The U.S. accepts 10,000 Syrian refugees and is on track to exceed its goal. A good lesson for European politicians who only excel at organizing migration summits in Brussels

"I am pleased to announce that we will meet this goal more than a month ahead of schedule. Our 10,000th Syrian refugee will arrive this afternoon. On behalf of the President and his Administration, I extend the warmest of welcomes to each and every one of our Syrian arrivals, as well as the many other refugees resettled this year from all over the world. We will admit at least 85,000 refugees in total this year, including vulnerable individuals and families from Burma, Democratic Republic of the Congo, El Salvador, Iraq, Somalia, Ukraine, and many other countries."

With this message, National Security Advisor Susan E. Rice announced on Monday that the admission of 10,000 refugees exceeda the White House goals. 30,000 more are waiting in the wings to be resettled. In the meantime these 10,000 are set to begin a new life, get a job, get an education and seek new purposes in life. Their resettlement process is over.

The White House honoured its pledge and showed the world that politics as usual has no residence when dealing with people’s suffering. However, on the other side of the ocean, the European counterparts are still debating on who, how, where, when (and sometimes why) accepting and resettling refugees.

While refugee admissions are only a small part of our broader humanitarian efforts in Syria and the region, the president understood the important message this decision would send, not just to the Syrian people but to the broader international community.

According to the latest official data provided by the European Commission, the total number of relocations from Greece and Italy now stands at 3,056. Further important achievements have also been made as regards resettlement, with 8,268 people resettled so far.

On September 2015, Member States had committed to relocate 160,000 refugees from Italy and Greece (and if relevant from other Member States) by September 2017. Make the math yourself: At this rate the EU will not meet its targets.

But one thing is sure: There will be new emergency summits in Brussels these fall where new policies and legal frameworks will be discussed and announced through dry and obvious press releases.
Winter and the other Groundhog Summit are coming.