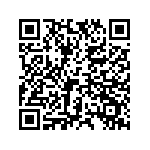 Allowing refugees and asylum seekers to work in their host countries not only helps to restore their human dignity, but also reduces strain on public budgets by turning them into taxpayers, says a non-binding resolution voted this Tuesday at the European Parliament in Strasbourg.

Allowing refugees to work in their host countries is a win-win situation: human dignity is restored, whilst the strain on public budgets is reduced.

The text of the non-binding resolution adopted by the European Parliament today in Strasbourg was drafted by Brando Benifei (S&D, IT). It notes that procedures for granting asylum and labour market conditions differ markedly across the EU, and also that refugees have a wide variety of ages, education, skills and abilities to work.

Following various reports and legislative resolutions to regulate the control of EU borders and the emergence of arrivals, the approved document is the first official text of Parliament to address the issue of integration of working concretely refugees.

Social inclusion schemes should therefore aim to be a dynamic, two-way process between refugees and host communities, in which all partners have rights and duties, while the process itself adapts to the situation on the ground, says the text, which was approved by 486 votes to 189, with 28 abstentions..

Yes to jobs - but no to wage dumping

Access for refugees and asylum seekers to labour market, housing, health care, education and social protection restores their human dignity and self-worth. Employment enables them to become economically independent and also to give something back to society by becoming taxpayers. To get them started as soon as possible, it is crucial to assess their skills early and fairly, as well as recognising and validating their qualifications, say MEPs.

Integrating refugees into our society and in the labor market is a necessary step to transform the current disaster into an opportunity.

Since youth and long-term unemployment are still at alarming levels in some countries and regions, assistance to refugees and asylum seekers should not be financed at the expense of programmes for other disadvantaged groups. Instead, it needs additional funding, say MEPs. They oppose the idea of creating special labour markets for refugees and argue that the national minimum wage should also apply to refugees.

Speaking the language of the host country plays an essential role in the successful integration. MEPs recommend that member states should offer a job-language training system, closely linking general and vocational language training.

The resolution stresses that the fight against all forms of discrimination, xenophobia and racism should be stepped up. On the other hand, refugees should have access to orientation courses on fundamental EU rights and values and social inclusiveness, including courses on European fundamental rights, values and culture, it says.