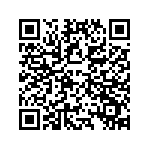 The act and art of living and repeating the same EU summit day over and over again to save the face for failing to reach a deal, dooms thousand of refugees to remain stranded in dire conditions with no clue of what happens next.

The same political actors, the same poses struck for the doorstep photo-ops, the same issues on the table, the predictable tweets on the very near breakthrough on reaching a deal, the same high expectations and the same low outcomes. Not to mention the self - praising speeches uttered by the attendees, the same bla bla talks on European unity /save Schengen and the depressing clouds that never leave the sky of Brussels.
This is framework of the latest episode of the Groundhog Summit drama series between EU leaders and their Turkish counterparts held yesterday in Brussels.

And what have they accomplished? They prepared the set for the next episode’s shooting to take place on the 17th -18th March. Indeed, according to the official previews broadcast through the EU media channels, Turkey will take back all migrants who cross into Europe from its soil while the EU agrees in principle to Ankara's demands for more money, faster EU membership talks and quicker visa-free travel in return.
For those not accustomed to the Mise-en-scène of the EU political class, yesterday’ summit produced a commitment to reach a deal during the next meeting. Yesterday’s undertaking was just a collective rehearsal. A good prep talk.
This formula was used to save the face at the end of other summits dealing with the refugees crisis. The art of predictability has been widely exhausted here in Brussels. It has become the norm whilst pushing the art of deal making into the lower ranks.

The simple truth is that, at Monday's summit, EU leaders and Turkey’s Prime Minister Ahmet Davutoğlu failed to reach a far-reaching agreement on the refugee crisis; To save face, they agreed to re -run the same meeting while details are being worked out by diplomats and aides.
The other truth is that we witnessed the same conclusion of a Summit that in terms of practical results and shared consensus is a remake version of previous summits, where the participants agreed to agree once they would reconvene in the next summit, usually 10-12 days later. You bet it will not be the last time.

With these political actors the series might go on for months and months. The fate of Bill Murrey’s character in the movie Groundhog Day, where he finds himself living the same day over and over again has befallen to Eu leaders who gathered ( and will re-gather) at the European Council palace for the Eu -Turkey Summit.
Next week, the same leaders might find themselves stuck again attending and repeating the same EU Summit. Tragically, the fate of thousand of refugees stuck in dire conditions cannot wait again and again for the final season of the Eu series.