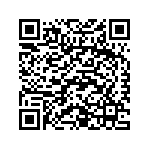 According to the Oxford University report “Pulling power: Why are EU citizens migrating to the UK?" non-British European citizens cross the Channel to seek employment proving wrong those who claim migrants are contributing to the bankruptcy of the British welfare state.

Numbers don’t lie. The main push factor that makes non-British European citizens move to England is work, and not the allegedly generous welfare benefits. EU nationals, just to be clear, are not a burden nor a drain on the British benefits system.

The Oxford University report “Pulling power: Why are EU citizens migrating to the UK?" tells the truth as it is: EU men and women cross the Channel to seek employment. Free heath care, public education, social allowances public pension are not the motivating factors that influence EU nationals to move to the UK. Indeed, the alarm sounded by politicians over the notion that EU migrants will contribute to the bankruptcy of the British welfare state is exaggerated and false. The truth is that the free lunch is not even on the menu.

According to the report figures “EU migrants are less likely to claim out-of-work benefits, such as Jobseekers’ Allowance and incapacity benefit, compared to their UK counterparts. In February 2015, people who were EU nationals when they registered for a National Insurance Number made up 2.2% of the total DWP working-age benefits caseload, but were about 6% of the working-age population. By contrast, EU migrants are more likely to be claiming in-work benefits such as tax credits, which supplement the incomes of low-wage families, particularly those with children. Families that included at least one EU national made up 6.8% of those receiving tax credits in March 2013."

The report indicates that almost all newly arriving EU migrants are either single or part of a childless couple, while in-work benefits entitlements are strongly targeted at people with children. In the year ending September 2015, a majority (71%) of EU citizens coming to the UK for at least one year reported that they were coming for work, and a majority (58%) of those people already had a job lined up.

Uk is attractive for its job market flexibility, competiveness, higher salaries and professional opportunities. Entrepreneurially-oriented men and women seek competitive working opportunities, not environments that allow them to reap the benefits of the British welfare system. They work hard to make a good living.

The report is a blow to those who advocate the case for Brexit exploiting the presence of a non British EU workforce pool in the country. A common practice and cheap argument in vogue in Europe nowadays.