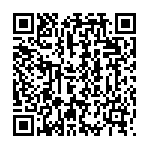 Caritas Europa, together with its members Secours Catholique-Caritas France and Caritas Italy, is calling on the EU and in particular on the French and Italian governments to take action to respect the human dignity and fundamental rights of migrants stuck in Ventimiglia, Italy. “There are no services at all apart from what is provided by civil society” says Caritas Europa's Policy and Advocacy Officer Marie Tempesta.

“Most of the migrants are from Eritrea, Ethiopia, Sudan, and there also some Syrians and Western Africans,” said Marie Tempesta, Policy and Advocacy Officer for Caritas Europa. “They generally transited through Northern Africa, took the road of the central Mediterranean, usually arrived in Italy through Sicily and then went up to the Italian-French border. As you can see from the nationalities, most of them are fleeing conflicts, or dictatorships. However, climate change - for instance Il Niño in Ethiopia - and poor economic conditions also have an influence on the decision to flee one’s country,” she continued.

Living conditions for the migrants stuck in Ventimiglia are extremely poor. On 31 May, Mons. Suetta opened the church Sant’Antonio to provide a safe haven for 5,000 exhausted migrants, a place of respite for the people before they reattempt to cross the border.

“There are no services at all apart from what is provided by civil society. People have to sleep outside, with only some having a space in the church," says Tempesta. "Food, clothes and hygiene kits are distributed by Caritas and other organisations. Showers are only available in the church Sant’Antonio."

We want to remind European and national authorities that the priority should be to protect people, not to protect borders

To further ease their suffering, Caritas Ventimiglia-San Remo, with the support of the Nice delegation of Secours Catholique-Caritas France, Caritas Monaco and other Christian and Islamic organisations, is distributing food, hygiene kits and clothes.

"Health services are provided by the Red Cross and Médecins du Monde. Women and children are in the same situation, even if Caritas tries to protect them, for instance by giving them a space to sleep in the church, but it is too small to welcome everyone," said Marie Tempesta. "Police violence has also been observed, especially when refugees tried to cross the border the first weekend of July."

In addition, Caritas has successfully advocated for the reopening of the reception centre in order to cover the basic needs and ensure respect for the human dignity of the migrants. The centre will finally open in a few days.

Police violence has also been observed, especially when refugees tried to cross the border the first weekend of July

And with regards to action by local authorities, as well as on the national and international level "nothing is being done," states Tempesta. “The representative of the state at the local level agreed to reopen the reception centre after long negotiations with NGOs. The issue is that there won’t be enough space to welcome everyone, so though it is a start, it is not enough. The priority now should be to protect vulnerable groups."

"France should also take its responsibilities when it comes to Ventimiglia, it has a role to play to guarantee that basic needs of refugees are provided for. At the European level, we ask for an asylum system that is based on solidarity between Member States and with refugees, and that takes into account the asylum seeker’s preferences and characteristics when deciding which Member State is responsible for the asylum decisions."

"Once again, the lack of solidarity is creating a dire humanitarian situation between EU Member States. Frontline Member States are faced with a responsibility which the EU as a whole should tackle. We believe in the capacity of Europe to solve this situation if it stands together, bases its long-term solutions on solidarity and guarantees the respect of migrants’ fundamental rights.” says Marie Tempesta.

Most of them are fleeing conflicts, or dictatorships. However, climate change - for instance Il Nino in Ethiopia - and poor economic conditions also have an influence on the decision to flee one’s country.

Yet, the situation remains dire and requires immediate action. Caritas Europa, Caritas Italy and Secours Catholique-Caritas France are calling on the EU and the Italian and French authorities for action.

"We are appalled by the lack of humane response to the situation of migrants in Ventimiglia and in Europe in general. What we are asking from the Italian, French and European authorities is to ensure that migrants’ dignity and fundamental rights are respected in Europe and that their basic needs are provided for. We must prevent Ventimiglia from becoming a second Calais."

"We want to remind European and national authorities that the priority should be to protect people, not to protect borders. By protecting people we mean contributing to a dignified life in their home countries, saving lives at sea, opening safe and legal routes to Europe, ensuring dignified living conditions upon arrival to Europe, giving international protection to those who need it and offering opportunities of long term integration to migrants in Europe," concludes Tempesta.