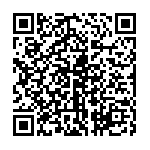 15 years after the UN security council passed resolution 1325, women are still largely excluded from the formal peace process. To highlight the political, social, peacebuilding, and conflict resolution work of women living in challenging environments across the Arab States Region, UN Women have started a six-part documentary series called “We Are Here”.

#WeAreHere. The title of the six-part documentary film series commissioned by UN Women, in order to highlight the political, social, peacebuilding, and conflict resolution work of women living in challenging environments across the Arab States Region.

The film series interviews 17 women who are all programme spokeswomen from Iraq, Libya, Syria, Palestine and Yemen. The women in the documentaries represent parliamentarians, politicians, activist and civil workers working to enhance the role of women in nation and peace building initiatives, while resisting all forms of discrimination.

The aim of the campaign is to “inspire more women to share their stories of positive change, at a time when images of refugees in Europe dominate TV screens, and border security is a hotly debated topic”.

Studies show that formal peace agreements that include women are more likely to last.

Only 2% of all international aid to fragile states focuses on gender equality as a primary target.

Research from Womankind Worldwide, the Institute of Development Studies and Action Aid has shows that whilst women are active and effective in grassroots level peacebuilding during, and after conflict, these efforts are rarely recognised in formal peace processes.

"Women are the first target of violent extremists to change societies, and they must be our first target as well, not only as beneficiaries of humanitarian assistance, but also as decision-makers who are capable of standing up to radicalism and ensuring inclusiveness and tolerance in post-conflict communities,” said Mohammad Naciri, UN Women’s regional director for Arab states.

Studies show that women have a highly influential role to play when it comes to standing up to violent extremism or pushing for reconciliation: negotiated peace agreements have a 25% to 50% likelihood of failing when women are not involved in political processes and peace talks

UN Women statistics show that fewer than 3% of signatories to peace agreements are women. Only two out of nine peace agreements signed in 2011 made specific provisions for women: Yemen and Somalia.

Less than 10% of peace negotiators are women

“A free woman is the basis of democracy as women are the basis of life and freedom,” said Majdoleen Hassan, a Syrian activist featured in the video and a member of the Syrian Women’s Initiative for Peace and Democracy. "Peace does not grow without women. Women are the ones who push the most for peaceful resolutions as they are the ones with the greatest interest in achieving it and as they lose the most in wars.”