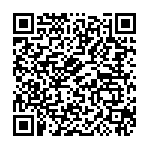 The most impressive accounts of the 27th Annual General Assembly & Conference of the European Foundation Centre, highlighted by Fondazione CRT.

Over 700 delegates from European Foundations gathered in Amsterdam for the EFC’s 2016 Annual General Assembly and Conference from the 26th-28th May. Fondazione CRT was present with its Secretary General Massimo Lapucci, member of the management committee.

The theme of this year’s conference was “Imagining and Investing in our Future” focusing on the current challenges faced by civil society; the growing and ever present migrant and refugee crisis, the role that philanthropy can play in the worlds changing economy, and how foundations can adapt to these new challenges.

The opening plenary kicked off the conference with keynote speeches from Kristalina Georgieva, European Commissioner for Budget and Human Resources, Lyse Doucet OBE, the BBC’s Chief International Correspondent; and Peter Bouckaert, Emergencies Director for Human Rights Watch.
The guests gave honest accounts of their experience working close to the topic, and offered hope as to what now needs to be done to deal with the migration and refugee crisis, and in part accepting that it is no longer an exception but has now become normality.

A dedicated extended session discussed the role of foundations in alleviating the “refugee and migrant crisis” focussing on the importance of working together and working with the refugees themselves to address their needs. A powerful opening panel with Vincent Cochetel, UNHCR, Minos Mouzourakis, European Council on Refugees and Exiles, and Yoonis Osman, Wij Zijn Hier shared their first hand experience of the conflict stricken areas, and opened discussions about the current circumstances in loco and on European shores. A meaningful video has also been showcased.

EPIM, the European Programme for Integration and Migration, co-organised the session with the Diversity Migration and Integration thematic network of the EFC. At a European level, EPIM is coordinating a Sub fund on the long-term prospects and the protection of children on the move in Europe, with four country programmes in Italy, Greece, Germany and Belgium for implementation in 2016.

The Italian country programme entitled ‘Never Alone’ is supported by Fondazione CRT together with other seven Italian foundations, and aims to support young migrants through varied types of assistance, from reception to education, supporting autonomy and spreading the culture of fostering.

The conference saw a dedicated session for the implementation of the Sustainable Development Goal’s which, moderated by Heather Grady of Rockefeller Philanthropy Advisors, explored how philanthropy can take an active role and participate in the SDG’s application. The topics discussed included the importance of using your experience to its full, and that of others, to capitalize on the potential in collaborations and partnerships both local and global levels.

For Fondazione CRT the interest in Internationalisation has heightened in recent years: it contributes to development through exporting excellence from the territory and attracting ideas, resources and examples from the European scene.

Innovation was a buzzword running throughout this year’s Conference, in part thanks to the new EFC Conference App, used by 70% of the delegates, which created a central connection point for everyone, infusing the conference with reactions and ideas in real time.

Warsaw will host next year’s conference from 31st May to 2nd June.