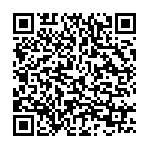 According to studies, in many contexts cash is a better way to help people and stimulate markets, and represents value for money compared to in-kind alternatives.

Cash transfers are international development programs where donors or governments can give cash directly to targeted groups. Cash is emerging as a cheap and effective alternative to traditional forms of aid, turning the billions already given into so many more saved lives, educated children, and homes rebuilt.
This seems to be not just more aid, but better aid. A recent evaluation conducted by the American Institutes for Research (AIR) has shown that cash transfer programs in Africa can help alleviate poverty and improve the lives of the country’s poorest and most vulnerable people. “Besides eating more meals and building more reliable food reserves, families used the money to improve their housing, buy additional necessities for their children, acquire more livestock and reduce debt”, says the report.

GiveDirectly, a non-profit, gives unconditional cash transfers to poor people in Kenya and Uganda. In 2015 the organization raised more than $50 million. Simply put, instead of giving poor people food or cattle or loans to start a business, they receive an envelope of cash, a plastic card or an electronic money transfer to a mobile phone, with which they can buy food, pay rent and purchase what they need locally.

But, the common perceptions about cash transfers are that cash transfer programs are handouts and cause dependency, or lead to alcohol and tobacco consumption, or increases in pregnancy. However, these fears have proved misguided. Researchers conducted a randomized evaluation to measure the impact of GiveDirectly' s unconditional cash transfer program on poor rural households. They found that most of the families used the extra cash not on alcohol or tobacco, but on food, medical and educational expenses, and metal roofs. Even in Liberia, where a group of researchers gave unconditional cash grants to drug users and petty criminals, most of the men spent the money on basic needs and on business investments.

Yet a recent high level panel Report helps to dispel the myth that cash programs create dependency and are a waste of money. In the face of mounting financial pressures on those that fund and deliver aid, the researchers think that an important part of the solution is to give people affected by conflict and disaster cash transfers to buy what they need most. Simply put, cash transfers can be effective at achieving a wide range of aims. While in-kind and voucher-based aid might be necessary in certain situations, digital cash is not only efficient but empowering. Cash allows for savings and can help families smooth their consumption.

“People usually prefer receiving cash because it gives them greater choice and control over how best to meet their own needs, and a greater sense of dignity. And if people receive in-kind aid that doesn’t reflect their priorities they often have to sell it to buy what they really need as”, says the report.
For example, during the 2011 famine in Somalia, which killed more than a quarter of a million people, aid agencies used remittance companies to provide cash transfers to more than 1.5 million people, helping them to survive and recover. In Lebanon, more than a million refugees now use smart card vouchers to buy goods at local shops, or ATM cards to withdraw money instead of receiving in-kind aid. Seventy per cent of Syrian refugees in Iraq have done the same.

Unsurprisingly people seem to be better than aid agencies at deciding what they most need. Researchers believe its use should grow dramatically from the current guesstimate of 6% of humanitarian spend. What will happen to logisticians and food aid professionals? The web of humanitarian aid agencies, donor governments and national organisations which employs over 450,000 people and spends about $25 billion a year, sees the alternative to in kind transfer a threat to their way of doing business.

However, giving people cash is not always the best option. Sometimes markets are too weak or supply cannot respond, in which case cash transfers would not be appropriate and in some cases could lead to inflation. Sometimes government policies make it impossible to provide cash. Also, the studies did not show consistent successes in education or child nutrition, possibly due to large-scale infrastructure issues.

“But these situations are rare and often temporary. They should not be used as bad excuses for providing relief in-kind or as vouchers long after these constraints no longer apply. The use of cash transfers does not and should not mean that humanitarian actors must give up their key roles of proximity, presence and bearing witness to the suffering of crisis-affected populations; indeed, making delivery more efficient protects the time and other resources of humanitarian actors to do just that.