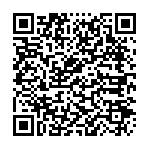 According to the former economic adviser to the president of the European Commission Philippe Legrain, welcoming refugees is not only a humanitarian and legal obligation; it is an investment that can yield significant economic dividends.

The world is witnessing the worst refugee crisis since World War II. More than 60 million people have fled their homes because of violence, war and human rights violations, according to the U.N. Advanced economies such as those of the EU, the United States (US), Australia, Canada and Japan are often reluctant to admit them, partly for cultural reasons but also for economic ones.

The former economic adviser to the president of the European Commission Philippe Legrain said in his report for The Tent Foundation, titled “Refugees Work: A Humanitarian Investment That Yields Economic Dividends, the notion that refugees are “taking away jobs” or placing an unnecessary burden on the economy is not supported by the facts. “Policymakers and practitioners should begin considering refugees as an opportunity to be welcomed. They can contribute economically in many ways: as workers of all skill levels, entrepreneurs, innovators, taxpayers, consumers and investors. From a global perspective, enabling people to move to more technologically advanced, politically stable and secure countries boosts their economic opportunities and world output”, says the study.

Legrain calculates that after refugees start working, they will produce more than the upfront cost of resettlement. “The International Monetary Fund estimated that "additional spending in the EU on refugees of 0.09% of gross domestic product (GDP) in 2015 and 0.11% in 2016 will raise its GDP by 0.13% by 2017. Add in the boost to the economy from refugees working and GDP could be 0.23% higher by 2020: a total increase of 0.84% of GDP between 2015 and 2020”.

The country to watch is Germany, which took in 1.1m asylum-seekers last year. Marcel Fratzscher and Simon Junker of the German Institute for Economic Research (DIW Berlin) estimate that within five years refugees will provide a net benefit to the German economy and that by 2030 they will have boosted the average income of the existing German population by 0.5%

Integration is slow, but once some time has elapsed, refugees begin contributing to society and economy. “Fears that refugees who do low-skilled jobs harm the labour-market prospects of low-skilled locals are typically misplaced” reads the report. To put it simply, refugees who take jobs also create them. When they spend their wages, they boost demand for the people who produce the goods and services they consume. And they also create jobs for people in complementary lines of work. For instance, refugees who become construction workers create jobs for locals who are supervisors or sell building supplies.”

The report also reminds us some refugees turn out to be truly exceptional people. Sergey Brin, who arrived in the US at age six as a refugee from the Soviet Union, went on to co-found Google. Jews who fled from the Nazis in the 1930s and 1940s, notably Albert Einstein, made a huge difference to the US, Britain and Australia. The father of Apple co-founder Steve Jobs was a refugee from Syria. In Britain, migrants are nearly twice as likely as locals to start a business and in Australia refugees are the most entrepreneurial migrants”. Indeed, more than 40% of Fortune 500 companies in 2010 were founded by an immigrant or the child of one.

This is in particularly due to the fact that people who have been uprooted from one culture and exposed to another tend to be more creative, and studies show that diverse groups outperform like-minded experts at problem solving.

Yet, demographic concerns have also been taken into account. Refugees, who on average tend to be in their early twenties, are of particular benefit to ageing societies, especially those with shrinking local working-age populations. “Young refugees could also help pay for the rising number of elderly people. For example, the expected demographic changes in Germany are particularly stark,” says Legrain. “Without migration, by 2030 the working-age population is projected to shrink by a sixth (8.7 million people), while the old-age population will grow by more than a quarter (4.7 million people”.

However, the study also stressed the first priority should be to get all asylum seekers and refugees into work quickly. “With so many new arrivals, advanced economies’ support services are struggling to cope, not least in the provision of language course. But legal restrictions stopping refugees from accessing the labor market still remains a big issue”. At one extreme, the US gives refugees a burst of initial help, after which they are expected to fend for themselves. At the other extreme, Sweden has traditionally provided refugees with generous social support, but made it hard for them to work. Overall, the US is much more successful than European countries at getting refugees into work. For instance, while only 25% of Somali refugees aged 25–64 in Sweden were employed in 2010, 57% of those in the US were.

In conclusion, making integration work for asylum seekers with high prospects of being allowed to stay reduces their reliance on public funds, ensures they are contributing their labour and taxes to the host economy, helps them adapt faster to life in their new society, and lowers the chances that they will end up marginalised from the labour market and society on a longer-term basis.