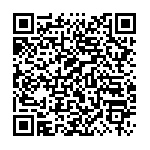 Bob van Dillen, a migration and development expert, exposes the weaknesses of the European Commission's Migration Partnership Framework and questions its capacity to really serve the purpose of helping people in need.

A few weeks ago, Syrian refugees were shot and injured by Turkish border guards. Eight people lost their lives, including four children. Reports on ill-treatment of refugees at the Syrian-Turkish border are not new. It would be new if the EU would publicly recognise these atrocities and draw the logical solution to review the EU-Turkey deal signed in March. Instead the EU prefers to look away or close its eyes, so that this deal may be upheld. What agenda is the EU pursuing and what policy changes are needed instead?

Recently, the European Commission proposed the Migration Partnership Framework (MPF) as a series of combined instruments to prevent refugees and migrants from crossing European borders, and to ensure that many of them return to their countries of origin – whether these are deemed safe countries or not.
Like with previous policy initiatives, the MPF was misguidedly presented as yet another European effort to prevent people from drowning in the Mediterranean and to address the root causes of violence and extreme poverty that force people to flee their homelands. The proposals are packaged and framed as ‘saving lives’, ‘creating opportunities and tackling root causes’, and (suggesting two-way consultations and agreements) ‘reinforced cooperation with third countries’.

The reality is that the EU is stepping up efforts to keep migrants and refugees out at any cost, threatening countries of origin or transit to reduce development aid or withdraw trade preferences should they not cooperate with migrants’ return. In EU speak, they combine the use of ‘positive and negative incentives’. At a high cost: because taking money away from long-term structural development programs will eventually only harm the people whom the EU should protect.

Tackling root causes?
Yet the EU insists this is all about protecting human rights and addressing the root causes of irregular migration. They are wrong. First of all, it should be well understood that making it almost impossible to use legal avenues for migration, almost all migration has become “irregular”. What should be tackled instead is “unsafe” migration, as has been agreed in SDG 10.7 of the 2030 Agenda. For example, it would be much safer (and cheaper) to take a flight rather than cross the Aegean Sea in a dingy. So why not lift the carrier sanctions? What also needs to be tackled is “forced” migration, so that people can utilise their right to migrate, and migration becomes an option and not a necessity.
Moreover, the appalling figure of 65 million refugees and displaced people across the world clearly indicates that the root causes of forced migration and displacement require European leaders to address not just development and migration policies but instead start with foreign and security policies based on geopolitical and economic interests. Most of today’s crises are “hand-made” and urgently need to be ended, starting with the conflicts in Syria and the Horn of Africa.

Reinforced cooperation?
It is worrying that the EC is proposing up to 8 billion euro in development aid to implement the new MPF, mostly by rechanneling development funds into migration management and border control measures. Significant funds will be allocated to some of the most dubious African regimes responsible for gross violations of human rights against their own population, including that of the brutal dictator Bashir of Sudan. Some 200 million euro is even reserved for the autocratic Eritrean government, often termed the “North Korea of Africa”. What would one expect from a partnership deal with these exact same regimes that cause people to flee? Such partnership deals risk sending the signal that human rights violations are okay, as long as they do not cause us any trouble.

Large sums are also intended for other migrant-producing countries, which will no doubt result in fewer resources available for other developing countries. Surely these other countries would interpret this as an incentive to encourage outward migration. The MPF is said to ‘create opportunities’. It is true that decades of development cooperation have proven that by investing in decent jobs, access to education and healthcare, democratic reform and a more vibrant civil society, the conditions will improve for people to build up vital livelihoods and flourishing communities, in relative safety and security. But how do you want to ‘create opportunities’, when you would rather invest in fences than in peace and reconciliation? And how are you ‘saving lives’ if people are forced to remain in hopeless conditions, threatened by violence and extreme poverty, resorting to even more desperate measures to go anywhere to survive? How to fight smuggler networks, when all they do is resort to new and even more dangerous routes that will bring more profit at an even greater cost to their precious human cargo? Boats will not be stopped; they will simply go in another direction.

Europe’s stake?
And what is Europe’s stake in this? The numbers of people arriving last year, even when the reported 1.3 million figure is correct, would by all means have been manageable if the 28 member states had agreed on a fair share of responsibility. It would have eased the pressure at frontrunner countries, like Germany and Sweden, and there would be no need for the rock-hard measures currently on the table. And we know that most people who flee their African homes do not even go to Europe; 95% stay in their own country or flee to neighboring countries. The Sahel desert and other African migratory routes are killing more migrants each year than the Mediterranean Sea. A mere ‘not in my backyard’ policy will not contribute to saving lives. It will only make the lives lost less visible.

At the same time, the EU is cutting development aid with billions of euros in order to pay for asylum procedures and locking people up in migrant detention camps waiting to be deported. Should countries of origin refuse to take back nationals, or submit a laissez passer, the MPF proposes another ‘negative incentive’, or ‘readmission agreement’. In 2011, the Dutch decision to cut development aid to Ghana by 10 million euro was a first of such aid conditionalities, linked to an unwillingness to cooperate in return migration. The Dutch government informally agreed that this punishment had no effect. Such measures will, however, hit the poor sections of the population hardest and are thus counterproductive to development objectives. Few authoritarian African governments will want to take back nationals, such as opposition leaders, human rights activists or critical journalists. And if they would be (forcibly) returned, they would not likely live to tell how that regime is treating them.

Another way forward!
It could all be very different. Let’s agree to double our efforts to end the wars and conflicts that cause so many to flee. Let’s agree to stop selling arms to conflicting parties. Let’s invest in improving living conditions in fragile states and regions, and support those immediately affected by poverty and war – not just refugees but also the host communities so that they can deal with the sudden influx of people.

At this moment, the average stay of refugees in protracted crisis situations is 17 years. These people need relief, food, shelter, education, healthcare, employment opportunities and vocational training. But international aid budgets are running dry. The Sustainable Development Goals (SDGs), which the EU member states signed up to, agree to promote basic living conditions, peaceful societies and equality between men and women. They also commit all states to reduce inequality within in and among countries, to ensure safe and responsible migration, and to facilitate migrants’ meaningful contribution to their countries of origin and destination.

This is and should be the European agenda for the next 15 years, guiding national and EU implementation and budgeting. We need to avoid that the flawed “policy of fences” is taking precedence over the very foundations of Europe, those of international solidarity, protection of human rights and dignity.
Rather than protecting borders, we should protect human beings, open meaningful safe and legal channels to come to Europe, such as resettlement, humanitarian visa and legal labour migration.
It is even in our own interest: as our workforce is ageing, the skills and resourcefulness of migrants will contribute to the development of our own communities, if we let them. A UK statistic showed that 17% of all start-up businesses were set up by migrants. Migration is, in fact, the world’s oldest form of development.