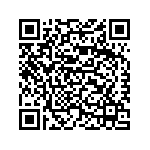 Since the Rana Plaza tragedy in Bangladesh, people are placing increasing pressure on companies to address their social and environmental risks and footprint. To gauge how industry is progressing, every year, Ethical Corporation publishes a comprehensive picture of global business sustainability.

Between December 2015 and January 2016, Ethical Corporation, a global leader in events, research and analysis on sustainability and ethical business, surveyed its global community to ask professionals worldwide key questions to gauge the progress in the direction of responsible practices across the globe. The “State of Sustainability Report 2016: Europe”, reflects the answers, ideas, opinions and insights of the 829 European respondents.

We have come a long way from the days when CEOs could quote the economist Milton Friedman’s maxim that “the business of business is business” to explain why sustainability was not an issue for their companies. In Europe, according to survey, 85% of respondents stated that CSR (Corporate Social Responsability) is becoming an increasingly important part of business strategy, however, the level to which sustainability is part of the business strategy varies considerably from company to company.

Although, how much money an organisation devotes to sustainable and responsible initiatives gives a true indication of how seriously they take these issues. Unsurprisingly, very few European organisations reported in the survey have a budget in excess of $1 million: only 5% gave this answer, providing an interesting point of comparison to the US and Asia reports, wherein 9% of respondents stated a budget exceeding $1 million. This lead to say that sustainability is becoming more important to business strategy in Asia Pacific, than Europe and North America

Yet, 93% of respondents agreed that supply chain mapping is important for businesses to realise their corporate social responsibility policies. This could be a reflection of recent laws and corporate cases around supply chain risk mitigation. For instance, the 2015 UK Modern Slavery Act requires all commercial organisations that operate in the UK with an annual turnover of £36 million or more to publish annual reports on measures taken to prevent or eliminate all forms of labour exploitation from their supply chains. There is also an increasing feeling that responsible business practice is moving prominently into the mainstream of business and can now be measured and tied to ROI, or return-on-investment.

In December 2015, global leaders met in Paris and negotiated the Paris Agreement, a global agreement on the reduction of climate change. The survey asked to polled European CEOs whether they felt it was enough. When asked how COP21 will impact their role, there were a considerable number of responses stating that it wouldn’t affect their work. On the positive side, a lot of respondents reiterated the need for all businesses to start acting responsibly and also, to agree a carbon pricing model.

Corporate responsibility and sustainability is the right thing to do. Also Cecilia Malmström, EU Commissioner for Trade also highlighted the importance of acting responsibly at a conference last December. However, organisations still struggle to shift their business strategy due to worries that it will negatively affect revenues.
To the question: whether there is a business benefit to acting responsibly? an encouragingly 55% of the respondents stated that CSR is delivering revenues for their organisation. But the fact that 23% of respondents don’t know if sustainability is in fact driving revenue shows there is considerable work to be done to convince businesses to make choices that do not undermine human rights, labour rights, the protection of the environment and economic opportunity.

Therefore, in an era of unprecedented social, economic and environmental change, in which public trust in business has been shaken, people want to do business with and work for organizations they perceive as good, transparent actors.
According to the survey, just 21% of the european respondents have realized that CSR, when done well, can create significant value for the enterprise and for society.