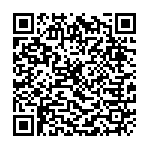 Women across Europe have been reshaping the business landscape, by starting social enterprises that have as their core mission helping their society and communities, rather than simply turning a profit.

As a result, WEstart: Mapping Women's Social Entrepreneurship in Europe was launched in September 2015 by the European Women's Lobby (EWL) and the Fondation d'Enterprise CHANEL, as the first research project on women's entrepreneurship in Europe. Some of the results of the study are now in, and can be seen in the video linked below.

Some key findings were that "while women reported experiencing gender discrimination, they ultimately felt empowered by their social business, and felt that they were contributing to gender equality in their community and society at large."

Some of the biggest obstacles to women starting social business were found to be a lack of time - as many are caregivers to children or the elderly - and lack of access to financing.

According to the EWL "This study has taken an important first step in understanding the dynamics of social enterprise led by women. The more we know about women in social enterprise, the more their voices can help shape the discussions and dialogue that shape policy".