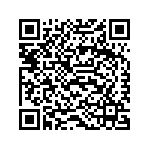 With the West spending more than a trillion dollars in the past decade on programs to promote development, the business of doing good has never been better.

According United Nations Development Programme, between 1.2 and 1.5 billion people are still living in extreme poverty and 162 million children still suffering from chronic under-nutrition. For decades, eradicating poverty has been a challenge tackled by public interventions, international development organizations, NGOs. However, some argue that whereas for most people, the Great Crash of 2008 has meant troubling times, not so for those in the flourishing poverty industry.
Even in the United States, one of the richest countries in the world, the poverty industry is worth about $33 billion a year comprising of payday loans, credit cards and microfinance. But who profit the most? Social entrepreneurship, a growing form of charity, does not avoid this dilemma. Because since the question raised about corporate responsibility, largest firms in the world are coping with their involvement in the issue of poverty at home and abroad.

A provocative documentary from Acton Institute, Poverty Inc. that recently won a US$100,000 Templeton Freedom Award and a clutch of film festival prizes, revealed that despite largely good intentions, billions and billions of dollars of aid have not helped the poor. For example, the movie explains why TOMS Shoes, which donates one pair of shoes to children around the world for every pair of shoes sold, rather than help children in need, has created a business model that actually needs poor children without shoes in order to sell its shoes.

From TOMS Shoes to international adoptions, from solar panels to U.S. agricultural subsidies, drawing from over 200 interviews filmed in 20 countries, Poverty, Inc. unearths an uncomfortable side of charity we can no longer ignore. Although the documentary isn’t to discourage giving, but rather to illustrate how the current paradigm doesn't work, providing some recommendation to most NGOs, social companies, institutions, the so called “the generation of socialist experimentation”, to work on a smaller scale, collect data, gather feedback, or rigorously measure impact.

Although, this documentary is also an opportunity to rethink the validity of market-based strategies to alleviate poverty. These solutions, which include services and products targeting consumers at the “bottom of the pyramid,” assume that poor people are fully capable and willing participants in free market economies.

Take the role and microfinance, often viewed as a sound poverty reduction strategy. The basic assumptions is that it creates a new class of entrepreneurs enabling the poor to move out of poverty; empowers the poor, especially women in developing countries; and strengthens social capital. That happens sometimes, but a recent paper, published last month on Human Relation Journal, tells a different story. The researcher analyse the role of microfinance in poverty alleviation by conducting an ethnographic study of three villages in Bangladesh indicative of a wider global trend. All the individuals and households that constituted the sample have been classified as ‘chronically and extreme poor’ based on the $1 and $2 a day consumption thresholds.

The results suggest there are boundary conditions for the entrepreneurship approach to poverty reduction. While there may be some potential entrepreneurs among poor rural populations, the vast majority of the third-world poor do not possess the skills and creative visions that are required for successful entrepreneurs. As a consequence, microfinance led to increasing levels of indebtedness among already impoverished communities and exacerbated economic, social and environmental vulnerabilities. The study also cites that the inability to pay back loans has led to "hundreds of suicides among borrowers in India and organ trafficking in Bangladesh.

So what can be the alternative? The study suggests to adopt a collectivist approach to reduce vulnerabilities as opposed to microfinance that relies on social pressure from the community to compel individuals to repay loans. An example? The Mondragon model in Spain,the world’s biggest group of worker-owned co-operatives, with more than 60,000 members and 14 billion euros in revenue in 2014. As well as farmers’ cooperatives covering all villages of the Indian state of Kerala.