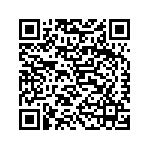 Against all odds, Leicester City Football Club won the Premier League title, in “one of the greatest sporting stories of all time”. The football club started the campaign with 5000-1 odds, but ended up victorious against Tottenham. Now Claudio Ranieri's football club can use its newfound spotlight to draw attention to the numerous charities it supports, including Place2Be and the Spark Arts For Children.

This week Leicester City Football Club - also known as the Foxes - won the Premier League title, in the "most unlikely triumph in the history of team sport".
The Foxes were the underdogs of the season, and their fairytale win has put them and the charities they support through their LCFC Foxes Foundation in the media spotlight.

Place2Be provides emotional and therapeutic services in primary and secondary schools, building children's resilience through talking, creative work and play. They currently reach 94,000 children in 235 schools across the UK helping them to cope with wide-ranging and complex social issues, from bullying to neglect and trauma.

The Spark Arts For Children is a registered charity that offers children throughout Leicestershire the opportunity to discover and enjoy the arts as audiences, as learners and as creators of their own art. It creates an annual festival for children hosted by venues across Leicester during the summer. Throughout the year they also facilitate and commission a range of events and projects which complement and extend the work of the festival.

Now celebrating their 75th anniversary, the Royal Voluntary Service help to combat loneliness by helping older people to maintain their independence and stay involved in the local community.

Leicester Hospitals Charity Children’s Appeal works to provide the best possible facilities and environment for their patients, visitors and staff. Using money donated to the charity they improve patient areas and also invest heavily in state-of-the-art equipment to diagnose and treat patients. They aim to upgrade the children’s facilities and equipment throughout the three Leicester Hospitals – the Royal Infirmary, Leicester General Hospital and Glenfield Hospital.

Warning Zone combines vital messages in a single stimulating and memorable experience which helps to prepare youngsters for increased independence and their transition into early adolescence. The core programme aims to foster an understanding of risk, consequence of actions, peer pressure and personal responsibility.

Once, We Were Soldiers, are based in Leicestershire and provides support for former serving members of the British Armed Forces. Aimed towards homeless veterans, facing homelessness and veterans that have fallen on hard times, they support veterans who have served during all former conflicts.

“Raising vital funds for all these worthy causes would not be possible without the magnificent help of the Leicester City supporters, so to once again get involved with the LCFC Foxes Foundation’s 2015/16 fundraising campaign and arrange your own event, email lcfcfoxesfoundation@lcfc.co.uk," continues their website.