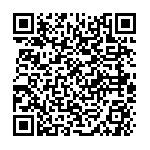 In times when climate change and environmental degradation have emerged as some of the major global challenges, it has been estimated that approximately $10 trillion will be required in the coming decade to fund the transition to a low-carbon economy. How to pay for it? The growing market of green bond seems to serve as the answer to the climate change.

Many experts agree that climate change is largely caused by human activities. Greenhouse gases come from all sorts of everyday activities, such as using electricity, heating our homes, and driving around town. Over the last 150 years we have seen a 40% increase in atmospheric carbon, and global sea levels have risen nearly eight inches since 1880 due to heat absorbed from increased greenhouse gases.
Although, recent studies indicate that global warming still remains a low priority relative to other issues and lacks urgency, many investors have been trying to align their financial goals with their social values, increasingly in the green energy space. So, green bond, which both help combat climate change and provide financial return, is becoming the natural home for would-be sustainable investors who try to combine the two.

At the COP 21 summit in December 2015, governments agreed on a goal of staying below 2°C of warming, and submitted plans on how they intend to shift their economies onto a low-carbon economy.
In simple terms, at least two-thirds of fossil fuel reserves cannot be monetized if governments follow through on the promises made at Paris, creating "stranded carbon assets”.
Sean Kidney, CEO of the Climate Bonds Initiative said that the green bonds could be an effective instrument for financing the transition to a low-carbon economy. The global green bond market has increased rapidly from $11 billion in 2011 to almost $42 billion in 2015 according to Climate Bond Initiative, with most of the participation being dominated by players from Europe and US. However, there has been significant interest in emerging markets, such as India and China.

According to the Institute of International and European Affairs (IIEA), an independent, not-for-profit think tank on European and International affairs based in Dublin, “the bulk of green bonds in 2015 (45.8%) was spent on renewable energy projects. However, a substantial amount also went toward energy efficiency (19.6%) and low-carbon transport (13.4%), including rail and electric vehicles. Smaller amounts went toward projects in sustainable water, waste and pollution, agriculture and forestry and climate adaptation. Moreover, the green bond market has recently evolved from being the domain of multilateral organizations, such as the World Bank, to being seen as a useful market for corporates to raise finance. “Green bond issuance could exceed $50 billion in 2016”, said a new Moody's report.

But, as the green bond market grows, the definition and standards of a ‘green’ bond are rather vague, as it has mostly been left at the discretion of the issuer, that some observers have already begun to see “The Dark Side of Green Bonds.” In a few words, investors are worried about the so called “green-washing, where funds raised for promoting green growth are used for projects whose green impact is effectively zero.” For instance, are bonds issued by a nuclear power plant to be considered green?

The World Bank, that issued its first green bond in 2008, and other supranational bodies, are working together to develop standards in order to ensure that the funds will make a difference for people and the environment. Last month, the People’s Bank of China released the first country’s official rules on issuing “green bonds”, which spells out the type of low-carbon projects, such as cleaning up coal processing and mining.

As far, most governments and corporations publish impact reporting & alignment with Green Bond Principles (GBPs) for their green bonds. It is a voluntary framework, issued in January 2014 by a consortium of leading banks, supported by Ceres, a sustainability advocacy organization. The GBPs is aimed to help issuers to launch a credible green bond as well as helping investors to understand how to report and measure impact of their eco-friendly projects. However, in 2014 a group of nongovernmental organizations (NGOs) called for greater transparency and clearer definitions, stating that “Principles which allow banks to decide for themselves what is and isn’t ‘green’ do not exactly inspire confidence.”

Yet, the interest towards green bond is not entirely guided by altruistic motivations. In most times it helps in enhancing an issuer's reputation. For example, while being criticized for failing to pay taxes on its profits even though it is based in California, US Apple has just issued seven-year green bonds that will finance clean energy projects across its global business operations.