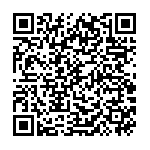 A group of academics from Oregon University published a new analysis; "Do Socially Responsible Firms Pay More Taxes?" on the January issue of the American Accounting Association that demystifies the myth about companies adopting responsible behavior pay more taxes than traditional companies.

Corporate social responsibility, CSR, is perhaps the most difficult concept to analyze. Generally it is based on the idea that companies have specific responsibilities to society that go beyond the responsibilities towards the owners.
World Business Council for Sustainable Development in its publication " Making good business sense" by Lord Holme and Richard Watts, use the following definition. "Corporate Social Responsibility is the continuing commitment by business to contribute to economic development while improving the quality of life of the workforce and their families as well as of the community and society at large.”

Investing in social and environmental quality still means a financial return. The most recent studies suggest that consumers are increasingly concerned about the preservation of the environment and welfare safeguard of the individuals involved in the production and distribution and they are prepared to pay a higher price for the socially and environmental responsible brands.
And yet a group of researchers at the University of Oregon published a new analysis “Do Socially Responsible Firms Pay More Taxes?” on January issue of the American Accounting Association that demystifies the myth about companies adopting responsible behavior pay more taxes than traditional companies. In other words, companies with a high score in the field of corporate social responsibility are those that pay fewer taxes. The researchers looked at companies like Pfizer. The pharmaceutical giant, engaged in extensive programs of social responsibility, It has just completed negotiations for the acquisition of Irish producer of Botox, Allergan. This is a profitable agreement because it allows Pfizer to move their tax domicile to Ireland from the United States, where the tax burden is lower.
This is because companies adopt ethical behavior and social responsibility for the same reason that they try to avoid paying taxes, that is to say maximizing profits. It is possible as well, the authors explain, that companies consider the Corporate Social Responsibility and taxes as perfect substitutes for each other: the less tax they pay the most money are to benefit charity projects.

But nothing is left to chance. International organizations such as the Global Reporting Initiative (GRI) promote the use of sustainability reports that illustrate the most important impacts, positive or negative, produced by the firms on environment, society and the economy. In particular the guidelines of GRI recommend companies to provide detailed information on tax obligations, "Because paying taxes helps to improve the social welfare of the local community where the company operates." And this leads to the heart of the research: companies seem to have a different idea on what it means to participate to the common good. Comparing the sustainability reports of the largest companies involved in projects of social responsibility, the researchers concluded that high tax rates are considered by companies as a major obstacle to investment in research and development, and therefore the creation of new jobs. In other words, companies could be convinced that paying more taxes compromise the company's ability to realize its ethical goals.

Finally, the research also comes to conclusions more original. In essence CSR is presented as a two-sided coin. On the one hand implies the availability of the company to take charge of the problems generated by its activities, on the other side is used retrospectively to mitigate the effects of negative events, such as tax fraud. In 2012, Starbucks has admitted that its transfer in the United Kingdom to pay less tax has damaged his reputation. And then to recover its image has committed to pay to ten million pounds per year within two years. At this point it could be argued that the results of the research are based on a sample of US companies where CSR is a clear and obvious model of philanthropy.
American companies actually work for making profits, unhindered, then settle accounts with the tax authorities. Once the profits are defined, part of these are used for CSR actions. However, analysts suggest that the trend of socially responsible companies to evade taxation is also reflected in the European model more focused on the role of the core business in its social and environmental functions.