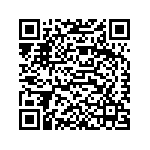 For 12 year old Hanan, her father Khaled, mother Yusra, brother Mostafá and baby sister Yara, relocating to São Paulo, Brazil was the start of a new life. Brazil’s humanitarian visa programme is offering those fleeing the Syria conflict a chance to start their lives again. “You turn back into a human being when you arrive in Brazil,” says Khaled. “I’ve never felt so good.”

For Hanan and her family, their journey to Brazil started in Idlib, in north-west Syria. Hanan’s father, Khaled, 40, was the first to reach the Latin American country, after having being tortured for 11 months in prison for helping friends and neighbours escape.

Their perilous journey through Jordan and 16 military checkpoints led them to the Za’atari refugee camp. The two-and-a-half years there, Yusra says, were a challenge. Water was a long walk from the caravans, and weather conditions were harsh: scorching hot in the day, and freezing cold at night.

Now the family have been reunited in Brazil. They live in a one-bedroom apartment with Yusra’s younger brother Zaher, his wife Nesreen and the four children they have between them. Khaled’s family has refugee status, while Zaher’s has just begun the process of requesting asylum.

I’m so happy to be here. I have my friends here, and my teacher is the best.

As the Syrian conflict enters its sixth year of bloodshed, over 5 million people have been displaced and more than 250,000 have lost their lives. Since 2013, Brazilian consulates in the Middle East have been issuing the special visas under simplified procedures to allow survivors of the war to travel there and present an asylum claim.

Despite the geographical distance, Brazil recently extended the “open-door” policy for a further two years to give more people a chance to rebuild their lives.

Brazil is more liberal than Syria, and the Dackas say they have not had difficulty adjusting. While Yusra wears a hijab, Khaled says it is Hanan’s choice if she wants to wear one or not. She says she is not sure yet if she will, but she might.

For 12 year old Hanan, this was a chance to enjoy childhood again. “I’m so happy to be here. I have my friends here, and my teacher is the best.”

To read the full story of the Dacka family and other Syrians in Brazil, click here.