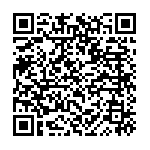 With the process of returning refugees and migrants from the Greek islands to Turkey underway as part of the EU-Turkey agreement, UNICEF reminds States of their duty to care and protect all children and give them a full and fair hearing when deciding on their future.

UNICEF welcomes a new Greek law, which came into force on 4 April, exempting certain vulnerable groups, including unaccompanied and separated children, children with disabilities, victims of distress and trauma, pregnant women and women who recently gave birth, from “exceptional border procedures” or returns. However more needs to be done.
Currently more than 22,000 refugee and migrant children are stranded in Greece, facing an uncertain future and even forms of detention since the agreement went into effect last month. UNICEF calls for a well-managed process to be put in place to determine each child’s best interests and fulfill the basic needs of all children – including adequate accommodation, health care and protection against trafficking and exploitation in line with international and European laws.

Children have specific grounds to claim international protection; such as if faced with the threat of recruitment to armed forces or forced marriage. The European Commission has stipulated that returns will be in accordance with international and European law.

Any decision about any child, whether a toddler or a teenager, whether with family or not, should be guided by the best interests of that child. Children need to be heard. A rushed decision to return can lead to a rash result and going back to a place of fear and violence. Children, no matter where they come from, must have access to basic services at all times. UNICEF is concerned about reports that some children are being detained due to their migration status. Escaping war and seeking survival is never a crime.

The first returns to Turkey from the Greek islands were monitored this week by UNICEF’s partners, in Dikili port, Izmir province. UNICEF will continue to work closely with Turkish Government authorities to provide humanitarian assistance. Turkey currently hosts over 2.7 million Syrian refugees.

UNICEF has been helping Syrian refugee children and families since 2012. Last year UNICEF, working with government and civil society partners, provided support to over 400,000 Syrian children with education, protection and basic services.