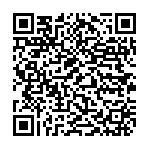 The International Organization for Migration (IOM) has published its latest statistics on 2016 migration flows. In Greece alone, 1,758 men, women and children have arrived in the past week, and the IOM calculates this was roughly the daily average over the three months of January, February and March.

In Greece, the IOM reports that "an estimated 172,458 migrants and refugees have entered Europe by sea into Italy, Greece, Cyprus and Spain through 6 April 2016.

Arrivals to Greece over the past seven days (31 March - 6 April) totalled 1,758 men, women and children. IOM calculates this was roughly the daily average over the three months of January, February and March (see chart, below). This is a significant drop from two weeks ago, which saw 5,293 arrivals by sea.

On Tuesday, April 5, the Greek Coast Guard reported that not a single migrant or refugee arrived by sea in Greece – the first “zero day” recorded since last year.

Meanwhile arrivals in Italy for 2016 have increased to 19,322 – about a thousand since this time last week. On Thursday, 7 April, the Italian Coast Guard rescued 314 migrants from a fishing boat in the Maltese Search and Rescue zone reportedly sailing from Egypt.

IOM Rome reported they were brought to Crotone (Calabria). The migrants on board came from Egypt, Somalia, Eritrea, the Comoro Islands and included some Syrians."