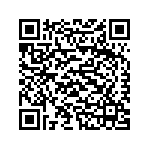 A book, a research and the video-reportage “88 days”, promoted by Migrantes Foundation, analyse in detail young Italians' migration in Australia, a constantly increasing phenomenon. Today the book “Young Italians in Australia. From temporary to permanent journey”, written by Michele Grigoletti and Silvia Pianelli, will be presented in Rome. The research, carried out by Australia Solo Andata, an independent study group on the youth community in Australia, will be presented on the 21st of April in Bergamo and on the 23rd of April in Verona.

The number of young Italians migrating to Australia is constantly increasing. “The migratory phenomenon that in 2013-2014 saw more than 20,000 young Italians arriving in Australia, has exceeded in the last two years the number of Italians who migrated to Australia in 1950-1951.
These are the data emerging from the report "Italiani in Australia" (Italians in Australia), carried out by Australia Solo Andata (One way Australia), an independent study group on the youth community in Australia, open to all those who are interested in deepening this new migration phenomenon. The research also points out that on the 30th of June 2014, 20,920 Italian citizens were living in Australia with a temporary resident visa, an increase of 163% compared to the 30th of June 2011. This growing trend is supported by a greater presence of holders of Working Holiday Visa and Student Visa.
The book Giovani italiani in Australia. Un “viaggio” da temporaneo a permanente (“Young Italians in Australia. From temporary to permanent journey”) by Michele Grigoletti and Silvia Pianelli, will be presented today in Rome at 3 pm at the Auditorium “V. Bachelet” - The Church Palace.
Promoted by Migrantes Foundation, pastoral organisation of CEI, and edited by Tau (296 pages, 12,75 euros), the book is the result of two years of study, analyses and research and offers a detailed picture of the Italian migratory phenomenon in Australia. Starting from statistic data of the last few decades illustrating recent migratory flows from Italy to Australia, Michele Grigoletti, researcher, and Silvia Pianelli, journalist, deepen the complexity of the phenomenon and, through the personal stories of the protagonists, disclose motivations, thoughts, dreams and fears of young Italians moving to Australia.
The book comes with a CD-ROM containing the video-reportage “88days” (on Australian farms): A trip among dreams, hopes and thoughts of young Italians in Australia.
The title of the reportage is inspired by the number of days that are necessary to obtain the second Working Holiday Visa, a temporary visa enabling young Italians to spend a year travelling or working in Australia.
The video reportage, promoted by Migrantes Foundation and directed by Matteo Maffesanti, witnesses the life and working experience of young Italians between 18 and 30, who work on Australian farms, located in rural ares, far from cities. The reportage, portraing life in the harvesting season, aims at showing why young people have made this choice, if this choice has been positive or not, and what they expect from their future and their new life in Australia.
The website 88days.it invites those who are having or have had a working experience on Australian farms to tell “their own stories and truth”.

The issue of exploitation of young migrants' labour on Australian farms has been covered by international media, but “the farm issue has become pressing and easy to be manipulated, and besides exploitation and “enslavement” cases, there are also stories where young people refer to their experience as positive”, as reported in 88days.it.
Some figures on young Italians' migratory phenomenon in Australia: 9538 young Italians have managed to work 88 days on farms, 27 per cent of Italians have renewed their visa for another 12 months, and there are 77 per cent more youth in farms this year compared to last year.
The video-reportage started in April 2015 in Griffith, New South Wales, and in Shepparton, Tatura e Murchison, Victoria. These areas share the presence of a well-established Italian community, which settled in the 1940s and 1950s. “They are Italian and Italo-Australian farmers who employ a new wave of migrants and who see their own story of hard work, sacrifices and hopes repeat itself in the story of these new young Italians".
The presentation of the book "Giovani italiani in Australia. Un “viaggio” da temporaneo a permanente", will take place today in Rome at 3 pm, at the Auditorium “V. Bachelet” - The Church Palace.
The presentation will be attended by: H.E. Monsignor Guerino Di Tora, President of Migrantes Foundation; Michele Grigoletti and Silvia Pianelli, authors of the book: Matteo Maffesanti, director of the video-reportage "88 days on Australian farms"; Ambassador Cristina Ravaglia, Director General for Italians Abroad and Migration Policies of the Foreign Affairs Ministry and of International Cooperation; Senator Francesco Giacobbe; Honorable Marco Fedi and Monsignor Gian Carlo Perego, Director General Migrantes Foundation. Enzo Romeo, journalist, will moderate the event.
The research will be presented in Bergamo, Italy, on Thursday the 21st of April, on the initiative of the Ente Bergamaschi nel Mondo, and in Verona, Italy, on Saturday the 23rd of April, on the initiative of the Association Veronesi nel Mondo.