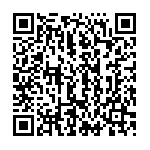 Growing spending on in-donor refugee costs masks real cuts in European aid. By counting these inflated elements of aid – which CONCORD maintains is not ‘real’ aid as it does not contribute to sustainable development in developing countries – donors were able to technically report record levels of aid in 2015.

In 2015, EU member states still failed collectively to meet the 0.7% ODA/GNI target, which was recommitted to last year despite missing the 2015 deadline originally endorsed ten years earlier. Total EU ODA for 2015 was US$73.5 billion in 2015 or 0.47% of their total GNI though performance remained varied across EU member states.

CONCORD, the European Confederation of Relief and Development NGOs, finds that only 5 EU countries (members of the OECD DAC: Denmark, Luxembourg, the Netherlands, Sweden and the United Kingdom) met their 0.7% targets. While aid in total increased by 6.9% between 2014 and 2015, aid in-donor refugee costs almost doubled, representing 9% ($12 billion) of the total, which means that genuine aid increased only by 1.7%. This trend confirms the concerns highlighted in the CONCORD AidWatch 2015 Report that EU donors were failing to live up to their long-standing promises on aid which are needed to enable the successful and timely delivery of the 2030 Agenda.

Aid is an important tool in the fight against poverty and inequality – undermining the credibility of aid and how it is counted could have real negative impact on the lives of people living in some of the poorest and most challenging parts of the world.

“Unfortunately, official figures today confirm that despite some positive exceptions, the EU once again missed its overall aid target in 2015. The figures are a real blow to the credibility of the EU and its member states at precisely the moment they should be demonstrating their commitment to implementing the promises they made to provide sufficient, high quality sustainable development financing for Agenda 2030.” said Amy Dodd, CONCORD AidWatch initiative (Director of UK Aid Network).

In 2015, in donor refugee costs represented 9.1% of ODA in 2015, up from 4.8% in 2014. Helping those fleeing conflict and poverty is absolutely the right thing for EU member states to do, but diverting the aid budgets to cover these in‑country costs takes potential funding away from supporting development in developing countries, which can help to tackle the root causes of forced migration for example.

In February 2016, the OECD DAC member states agreed changes to the official definition and reporting of aid, allowing donors to report more and new elements of peace and security related spending with the military and police as well as introducing changes in how some private sector instruments are reported. These changes raise concerns about the potential securitisation of aid and a loss of focus on poverty eradication as the primary purpose of aid.

“Aid is an important tool in the fight against poverty and inequality – undermining the credibility of aid and how it is counted could have real negative impact on the lives of people living in some of the poorest and most challenging parts of the world. Donors should remember their commitment to use aid only to foster sustainable development, ensure there are sufficiently robust safeguards to prevent the securitisation/privatisation of aid and not look for further ways artificially inflate their aid statistics,” said Dorota Sienkiewicz, Policy and Advocacy Coordinator at CONCORD.