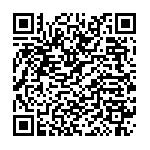 Born in Pfefferberg, an area that has become an important cultural and social centre, the Pfefferwerk Foundation has contributed to the regeneration of the site. It carries out and supports projects to help disadvantaged people enter the job market, in all areas of Berlin. Its experience has been selected by the European Economic and Social Committee as a story of innovative and successful social enterprise at European level

Born in 1841 as an industrial area with a brewery, the Pfefferberg area turned, after the fall of the Wall, into an important cultural and social centre located in Prenzlauer Berg, ex East Berlin, the heart of the city. It attracts visitors from all the capital and abroad. In the area, that covers a surface of 13.500 square meters, there are art galleries, museums, a theatre, concerts of musicians coming from all over the world, an architecture centre, a school… Pfefferberg is also a centre for vocational training for disadvantaged people, for education, and research… Next to the brewery there are 24 buildings, the majority of which are under monument protection and date back to the 19th century. In 2000 these buildings were refurbished: it has been a big work, and a surface of 20.000 square meters has been renovated.
Pfefferberg is an important example of industrial art and it is part of the European Route of Industrial Heritage, the tourism information network of industrial heritage in Europe.

Stiftung Pfefferwerk (Pfefferwerk Foundation), that was born in the area, is an independent non profit foundation established in 1999 that, es explains Margitta Haertel, director of the managing board «aims at contributing to diversity, equality of chances and local development in the city of Berlin promoting social cohesion, especially in disadvantaged areas of the city».
Thanks to an initial investment of the Berlin Senate of 1.5 million euros, the foundation has bought the real estate of the ex brewery area, thus becoming owner of Pfefferberg. In 1990 the area was 50% owned by the Berlin Senate, and 50% by the Federal Republic of Germany. The Senate has ceded the ownership of the property to the foundation under certain conditions.

« As the buildings were in very bad conditions at the end of the nineties, one of the obligations required by the purchase of the real estate from the foundation was to do reconstruction works in the area to later use it for social and cultural activities», explains Margitta Haertel.
In order to carry out reconstruction works in the area, Stiftung Pfefferwerk has signed a leasing contract with a private company.
The foundation works partly in Pfefferberg, where it carries out small projects- like conferences, meetings, concerts, theatre workshops involving disadvantaged people- but it especially works in all areas of Berlin, particularly in disadvantaged areas. There it gives financial support to projects, that help migrants, refugees, people with disabilities, young people, and disadvantaged people in general, enter the job market. This is the main goal of the foundation.

«Among the projects we support, aimed at making people enter the labour market, there are workshops at school where disadvantaged young people learn to carry out certain technical activities . At the moment we support refugees and migrants in learning German and Arabic. We also try to give our backing to activities where migrants learn mathematics and computer skills. We give grants for initiatives of urban gardening with refugees or people with disabilities in order for them to acquire skills and capacities. And we support initiatives to create kindergartens, outside the offer you get from the State».

«Our foundation, unlike the others, doesn’t have money in a bank. We are owner of the Pfefferberg area and our resources are the income that we get from its users. And, as many people go to Pfefferberg, they sign many contracts. The greatest part of our income is used to support projects in Berlin. This year, for instance, we have backed more than 60 projects, last year 71. The total amount we give to these projects is 240.000 euros. Each project can get up to a maximum of 6000 euros per year», explains Margitta Haertel.

The initial idea for the area was to create a centre for cultural and social activities independent from the foundation, that supports various activities (social, cultural, artistic activities and trainings) but that does not organise them personally. Among the activities taking place in Pfefferberg: an architecture centre organising workshops for students coming from all over the world; vocational training for young people, an international research centre, and a school for women with a migrant background, who are trained to become educators.

The experience of Pfefferwerk Stiftung has been selected by the European Economic and Social Committee, the voice of organised civil society in Europe, as a story of innovative and successful social enterprise at European level, during the third European day of social economy enterprises organised in its headquarters in Brussels.

«The idea to use a property to establish a foundation and give grants can be applied to many aims and is transferable to other places», explains Margitta Haertel. «I think that this is what makes us innovative and successful». The Berlin Senate has initially invested 1.5 million euros and we have spent 2 million euros for supporting projects so far. What makes us so innovative is also the fact that the people going to Pfefferberg come from very different backgrounds: there are disadvantaged people who work in the area, foreign students, very famous and less famous artists, people of all levels and origin. Furthermore it is a very beautiful and interesting area, where you go for fun and for work, and a meeting place with a big cultural offer, as well as services, like a youth hostel, restaurants, bars, a small brewery…»

«The area has changed a lot after reconstruction works and both projects based in Pfefferberg and those that we support in disadvantaged areas of Berlin contribute to the local development of the city».