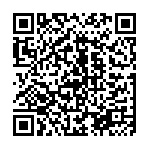 Introduced 6 years ago by the Treaty of Lisbon, the European Citizens’ Initiative (ECI) is an important instrument of participative democracy inside the EU, that allows European citizens to invite the European Commission to propose legislation in areas that fall within its competence, collecting 1 million signatures.

However, so far, the European Citizens’ Initiative has had barely any impact on EU legislation.

The European Commission has presented a reform proposal of the current regulation, that was announced last year by Vice President Frans Timmermans, and that redefines this important instrument of participative democracy. This reform has long been called for by the European Economic and Social Committee (EESC), and by other institutions, such as the European Parliament, the European Ombudsman, the Committee of the Regions and also by other civil society organisations.

The 7th EESC ECI Day focused on the new Commission proposal and was organised by the European Economic and Social Committee in its headquarters in Brussels, to make the European Citizens’ Initiative a more efficient instrument of dialogue between the European Union and its citizens, a more widespread and widely known instrument.

«While many Europeans were enthusiastic at the launch of this important instrument for active citizen participation, the enthusiasm soon faded after realising how complicated the bureaucracy behind it was and how little impact it was having», explains the European Economic and Social Committee in a note.

The process of registering initiatives and collecting signatures is complicated, and there is a luck of publicity even for successful ECIs. There is little media coverage by European media to the ECI instrument.

Since the entry into force of the European Citizens’ Initiative, in 2012, 9 million Europeans from all the 28 Member States have supported a European Citizens’ Initiative. 4 initiatives have reached with success the threshold of 1 million signatures and the Commission has committed itself to following up three of them: “Stop Vivisection”, “Right2Water” and “Ban glyphosate and toxic pesticides”.

Georges Dassis, President of the European Economic and Social Committee, opened the event, expressing satisfaction for the reform proposal of the European Commission. «The simplifications proposed will make it easier for citizens to use this instrument and I hope that there will be more and more Europeans participating in this process», comments Mr Dassis.

Frans Timmermans, First Vice-President of the European Commission, presented the main changes of the reform proposal of the Commission, including lowering the age to sign European Citizens’ Initiatives from 18 to 16 years, (which had been called for by the European Economic and Social Committee since the beginning), which would open up ECIs to 10 million new potential supporters, or simplifying data requirements for signing initiatives.

«I do call on the European Parliament and the Council to adopt our proposal by the end of this year», said Mr Timmermans, who also stressed that the European Citizens' Initiative has the potential to bring about change from bottom up and to give a voice to less represented people, like youth.

In order to make the European Citizens’ Initiative a more widespread and widely known instrument, the European Commission has launched, on the occasion of the 7th EESC ECI Day, the communication campaign #EUTakeTheInitiave, that will be implemented in the next three years, in order to raise citizens’ awareness on this instrument of participative democracy, as explained Mr Timmermans.

Timmermans also announced the launch of the European Citizens’ Initiative Forum, an online collaborative platform, that will foster interaction between (potential) organisers, citizens and experts, and that was tested by the participants in the afternoon during a workshop.

In his keynote speech, Luca Jahier, president of the EESC's Various Interests Group, emphasised the importance of Article 11 TEU, which imposed a legal obligation on the European institutions to consult and engage in dialogue with civil society and citizens. «I think that no other legislation worldwide offers such opportunity», comments Mr Jahier. «A well-functioning ECI should empower citizens; it should give them a voice, a sense of belonging and identity, helping to rebuild trust and to rediscover the solidarity of the European project».

«I believe that here at the EESC we have worked very hard to maintain the visibility of the ECI and to keep it on the political agenda», added Mr Jahier. «We have drafted several committee opinions with specific recommendations on how to improve its functioning, and we have a dedicated ECI group of nine members. We are proud of these activities because they are done at the service of European society. The article 11 of the Treaty has always been, since the Lisbon Treaty was adopted, at the heart of the work of the Committee».

The EESC has therefore always been very vocal about the ECI, Mr Jahier stressed. «Citizens and civil society need to use this instrument to provide innovative solutions, inform the population about matters of public interest, open up channels of communication with the political elite and hold public authorities to account».

European Ombudsman Emily O’Reilly underlined the importance of making the ECI as transparent as possible. «It is crucial that the public is able to follow ECIs and that the instrument is seen as a tool for citizens. I therefore suggested that the Commission could do more to ensure that funding and sponsorship information declared by ECI organisers on its website is as accurate and comprehensive as possible and that any concerns in relation to this are enabled to be brought to its attention as currently happens with the Transparency Register through its alerts and complaints system».

And she concluded saying that: «In an era of gross online manipulation of the democratic process, we must protect the ECI from any possible abuse».

Deputy Minister for the Bulgarian Presidency of the Council of the EU Monika Panayotova warned that the future development of the EU will depend on its ability to bring citizens closer to its decision-making and to engage in an open and direct dialogue with them, addressing their expectations and concerns.

Sessions concluded with the intervention of ECI organisers, who gave their contribution to the discussion: One of Us, Right2Water, Ban Glyphosate, Minority SafePack campaign, Stop TTIP, Welcoming Europe e Stop extremism. At the end of the day it was possible to meet the ECI organisers, at the stands, where it was also possible to sign the petitions.