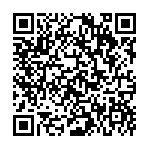 The European Economic and Social Committee (Eesc) has organised a public hearing on “The role of civil society in the prevention of radicalisation of young people” in its headquarters in Brussels. The aim? Clarify how EU policy-makers can help civil society practitioners to successfully prevent radicalisation.

Clarifying how EU policy-makers can help civil society practitioners to successfully prevent radicalisation was the aim of a public hearing organised by the European Economic and Social Committee (Eesc) on the 7th of September in its headquarters in Brussels. The hearing, titled “ The role of civil society in the prevention of radicalisation of young people, was divided into two parts: the first panel covered different elements of anti-radicalisation policy, focusing on what is needed to increase success rates. The second panel focused on the role of education in preventing radicalisation.

Works were coordinated by Laura González de Txabarri, EESC member and member of the Study Group.
Alexandra Antoniadis, Head of Sector Prevention and radicalisation, Unit D2 - Terrorism and radicalisation, DG HOME, European Commission, highlighted that there are security measures to introduce, and that “the work of the police is important but prevention of radicalisation is also important”. And she continued explaining that “the profiles of radicalisation are different: we’ve had foreign fighters as well as terrorists grown in our cities, terrorists who have never been to Syria. As the profiles are many we have to work with teachers and educators, with mothers and sisters and all those people who can help; it is necessary to create a larger awareness”.

Marguerite Potard, Director for external relations and funding - ‎World Organization of the Scout Movement (WOSM), spoke about the role of the movement in the prevention of radicalisation. The European Brussels Office offers possibilities to join to young people from disadvantaged areas, such as Moelenbeck. “Members of the scouts have more self confidence and being part of the movement offers integration opportunities”. Potard precises that “It is necessary to start at a young age, integration starts at the age of 6-8”.

Jessika Soors, Head of service for deradicalisation and CVE, city of Vilvoorde, the Belgian city with the highest number of foreign fighters in Europe, also intervened to the hearing. Soors came to two conclusions regarding the fight against radicalisation: “ A lot of local authorities are unprepared and have to act before they can think. Therefore it is necessary to see how we can come up with strategies to support these local authorities. Like RAN (Radicalisation Awareness Network) for instance. Secondly it is necessary to create political will. Nowadays there is often absence of political will, until something happens and politicians can no longer ignore it. There are some issues that are linked to this aspect: financial means to fight against radicalisation are limited and unsustainable. It is also necessary to have evaluation systems that show what works especially when it comes to prevention. Finally it is necessary to have methodology”.

In the second part of the public hearing Lynn Davies, Emeritus Professor of International Education in the School of Education at the University of Birmingham, developed the theme of the role of education in preventing radicalisation. “From our research with former extremists, regular education does not seem to protect against radicalisation”. And she added that: “ It is necessary to ensure that school is not violent, avoid religious and ethnic segregation, ensure no excessive nationalism which marginalises certain groups and ensure no one is excluded”. Professor Davies dealt with the theme of the Rights Respecting Schools, a project by Unicef: “We think that the Rights Respecting Schools prevent better extremism”. Lynn Davies is also director of the social enterprise ConnectFutures, that deals with community based solutions to extremism and exploitation. The social enterprise works with the police and trains hard to reach youth.

The second panel was also participated by Karin Heremans, GO! Coordination Policy radicalisation & polarisation, Principle GO! Atheneum Antwerpen and Co-chair RAN Education Working Group. Go! is a Flemish education project that aims to give children, youth and adults equal opportunities of optimal development. Heremans highlighted the importance of the inclusion of young people, the importance to invest in their participation, helping them for instance to build an individual and collective resilience against violent extremism and guiding them towards a positive development of their identity.
The event was closed by Christian Moos, EESC Member and rapporteur of the opinion on prevention of radicalisation due to be adopted at the EESC plenary in December.