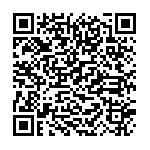 The European Economic and Social Committee (EESC) has organised the 3rd European day of Social Economy Enterprises (SEEs) in its headquarters in Brussels. The day has gathered policy makers and actors of the sector to review the progress made in building an ecosystem for SEEs and to see what the next steps are for this enterprise model to be recognised and more widely disseminated

Following the success of the first two editions, the European Economic and Social Committee (EESC) has organised in its headquarters in Brussels the third European Day of Social Economy Enterprises. The event theme: how to scale up social economy.

The EESC has been working on the topic of SEEs for the past decade, and a dedicated permanent study group was created in 2015. The objective of the event is to review the progress made in building an ecosystem for social economy enterprises and to see what the next steps are for this enterprise model to be recognised and more widely disseminated.

The day has showcased the experiences of European actors of the sector, who have presented innovative success stories. A participatory approach has characterised the event, with workshops to reflect on social economy.

A study by the EESC reveals that the social economy provides paid employment to 6.3% of the working population, which amounts to 13.6 million paid jobs in the European Union. Social entrepreneurs and policymakers emphasised that it is time for the sector to scale up.

«Social economy enterprises deserve a true recognition at European level for their specific role, for their capacity to combine effectiveness with a more sustainable, just and fair way of doing enterprise», highlighted Nicolas Schmit, Luxembourg's Minister for Labour, Employment and the Social and Solidarity Economy. «This European dimension», Schmit continued, «is an important lever to allow the social economy to grow», Schmit drew attention to the role that social economy enterprises could potentially play at international level, especially in regions with huge unemployment and degraded social fabric like the Balkans or in African countries. «Social enterprises can play a very important role. We must remove barriers and support SEEs to develop their potential», said Mr Schmit.

Christophe Itier, France's High Commissioner for the Social and Solidarity Economy and Social Innovation, stressed that scaling up, first of all, means increasing the visibility of the social economy in Europe because «it is often underestimated in terms of its potential for economic development and social transformation, and it is not visible to decision makers and citizens».
Itier explained the French government plan for social and solidarity economy. This plan provides for the creation of a growth pact, to accompany the change of scale and the development of the social economy. «We will have about one hundred measures acting as an accelerator for social enterprises», explained Itier. Another fundamental point of the French strategy concerns social innovation. France has launched an accelerator, as well as the initiative called French Impact, a new national movement that federates social innovation actors. The accelerator is a new instrument to support and encourage innovations, and will allow local initiatives to change scale and to become national solutions.
«We will promote a synergy of private and public investors to mobilise a billion euros in five years, in favor of the development of social enterprises», explained Itier. This strategy is also based on favoring the measure of social impact of the actors of the social economy.

Pfefferwerk Stiftung is (Pfefferwerk Foundation) is a non profit organisation based in Berlin that aims at contributing to diversity, equality of chances and local development in the city of Berlin to strengthen the community and foster social cohesion especially in disadvantaged areas of the German capital. These objectives are carried out through educational, environmental and cultural projects, and giving financial support to small scale initiatives.

Impact Hub Bucharest, which is a part of a global network with over 100 locations on five continents, is an organisation that supports social entrepreneurs in the process of scaling up nationally and ideally internationally, through a coworking area, growth and incubation programs, conferences and events and a crowdfunding platform. The Impact Hub connects social enterprises to local players and stakeholders in new places.

WIDE, Women in Digital Empowerment, is a nonprofit organisation founded in Luxembourg in 2014 that works for female empowerment through digitalisation. The enterprise not only runs a number of IT-related projects specifically designed for women, but also tries to work with other countries and organisations and raise awareness of gender bias and inequality in this sector.

Entrepreneurs Solidaires du Cèntre d’Isère is an association launched by eight local individuals in the French Alps region in 2012. Since 2014 it has been running a territorial pole of economic cooperation (Ptce), certified by the State. This network, currently composed of about 20 companies and structures of the social economy, aims to increase cooperation between different social entrepreneurs and so to create more innovative projects for employment and foster activities concerning social utility, economic performance, and respect for the environment.

The morning sessions closed with three workshops that inspired a reflection on social economy enterprises.

During the first workshop, focused on how to enhance the impact of the social economy and enable its scaling up, participants stressed that in order not to be excluded from markets, SEEs have to improve their competitiveness and productivity.

The second workshop’s theme was gender equality in SEEs' structures of governance. Participants pointed out that 70% of all employees in SEEs are women, but that the statistics are reversed when it comes to the top jobs, which are predominantly held by men.

During the third workshop, dedicated to the role of clusters and regions in the scaling up, the participants concluded that clusters are about working together in a territory to connect different players, promote innovation and increase competitiveness.