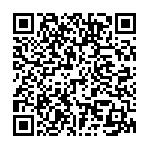 It is called Revive Greece and it’s «the first non-profit initiative focusing on teaching computer programming to the most vulnerable groups in Greece», as the website says. Interview with the managing director of Revive Greece, Theodore Dimakarakos.

It’s «the first non-profit initiative focusing on teaching computer programming to the most vulnerable groups in Greece», as the website says. It is called Revive Greece and it has the mission to «help refugees and migrants to integrate into the European socio economic fabric, by re-skilling them on computer programming, an in-demand skill». Then Revive Greece prepares, supports and connects them with the private sector for job placement.
Next step? The opening in Athens of a physical coding school for vulnerable groups, not only for refugees and migrants, but also for unemployed people.
Revive Greece was selected to the finals of the Innovate for Refugees, the largest international competition for innovation for refugees, and won the European Economic and Social Committee (Eesc) civil society prize. We have met Theodore Dimakarakos, managing director of Revive Greece.

What is Revive Greece and what does it do?
Revive Greece was born a couple of years ago as an e-learning platform teaching coding to refugees. 16 months ago we were selected to the finals of the biggest competition worldwide for innovation for refugees, the Innovate for Refugees. Next step was to be invited by Higgs, the first incubator for Ngos in Greece, the epicenter of the Greek Ngo ecosistem. Higgs was created by the Stavros Niarchos Foundation, one of the three biggest foundations in Europe. We were invited to participate to the incubator, which was a big step for us. We went to Higgs in order to scale up our vision, fo find support. It helped us a lot to go to the next level. We continued for a few months like a regular platform for refugees.

Eventually we were selected by the Eesc for their civil society prize. That has been a very important achievement.

What are you going to do next?
We are going to create a physical school, at the beginning of February, that will teach how to code to vulnerable groups, not only to refugees, but also to unemployed people. In Greece we have a huge problem with unemployment. At the same time in Greece we have a lot of people in university, coming especially from Stem disciplines (science, technology, engineering and maths), therefore we will include these people in our classes and we hope to make some positive impact. Our ultimate goal is to train them as software developers and through the connections we have with the It industry to help them find a job as soon as possible.
We have identified a gap: on the one hand there are refugees and unemployed people looking for a job. On the other hand there are It industries who desperately need software developers. It’s a worldwide problem. Only in Europe right now there is a shortage of 400,000 software developers (European Union data). This number is estimated to raise to 800,000 in the next couple of years, until 2020.
The physical school will be in the space of Higgs for the first 3 months, and then our schedule is to move to our own space, that will be able to accept 50 students per class. Hopefully we will be training one hundred beneficiaries every three months.

How are you financed? Do you receive fundings from the State or from the European Union?
We are financed with private donations. We don’t receive fundings from the State because Greece is not the perfect place now to ask money from the government, so we have decided not to go this way. The money we received from the Eesc civil society prize is the first money we received from the European Union, but now we have attracted the attention of some international European partners to participate in joint programs which will be financed by the Eu.

How many migrants and refugees have you trained so far?
With the e-learning platform we have trained 22 beneficiaries in total. The problem with the e-learning platforms is that they have a huge drop out rate. That means that out of one hundred people who are enrolled in these courses a little percentage of them manages to finish the programme. That’s why we are launching the physical school, because we know that the dropout rate of the physical school will be much smaller.

What does the Eesc civil society prize mean to you?
This award was a big stepping stone for us. And it’s not about the money received from the prize, it’s about the potential partners we have attracted, which is what we have been looking for so long.