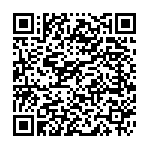 The EU institution should promote a positive image of civil society organisations, preserve their independence and ensure they are properly funded, the European Economic and Social Committee (EESC) says.

In a political climate that is becoming growingly hostile to civic action amidst the rise of populist movements, the European Union must confirm the importance of the role played by civil society organisations (CSOs) and increase its financial support for their work, the European Economic and Social Committee (EESC) said at its plenary session on Thursday, the 19th of October.

Presenting the own-initiative opinion on the financing of civil society organisations by the EU, its rapporteur Jean-Marc Roirant said that the EESC had set out over 25 recommendations for a better civic dialogue, for strengthening the relations between CSOs and the EU institutions and for improving their access to funding.

The EESC had consulted many relevant stakeholders while preparing the opinion, he said, adding that this call for action was well-timed, as the EU institutions were preparing to launch discussions on the post-2020 multiannual financial framework (MFF), which would have direct impact on the funding of CSOs in the future.

At the same time, CSOs are going through difficult times in many countries where they have suffered serious allegations and criticisms for their work in promoting and safeguarding fundamental rights.

"The waters are troubled at the moment and there is much ground for concern. The shrinking of civic space is catching like wildfire across Member States, and this is the most dangerous factor for the functioning of CSOs and European democracy," Mr Roirant said.

"The EU institutions must loudly say that CSOs are vital," he maintained, "as they play a crucial role in promoting active citizenship and participatory democracy in Europe". The EESC also recommended that discussions resume on a statute for European association and that Article 11 of the TEU on civil dialogue must be further implemented.

Furthermore, their access to financing is becoming more restricted and subject to a growing number of conditions.

The EESC said this must be taken into account during the review of the new MFF and it called on the budget authorities to increase funding for CSOs, including in the form of operating grants and multiannual financing.

It also maintained there was "a pressing need to look into the distribution and effectiveness of EU funding in this sphere".

According to available figures from 2015, most EU funds allocated for CSO work were focussed in the areas of humanitarian assistance and international cooperation, whereas appropriations for CSOs working in other areas remained somewhat low. "It is high time to assess these amounts," the EESC said.

There is also a recommendation related to allocating a budget for the European Citizens programme in the amount of EUR 500 million under the next MFF as well as a call for a European fund for democracy, human rights and values within the EU which would have an "ambitious budget and be directly open to CSOs".

Another recommendation presented in the opinion was for the EU institutions "to take steps to establish a genuine civil society dialogue" in which CSOs play a full part. A political and legal framework should be put in place at European and national level and the EU should follow the example of some Member States that have adopted "charters of reciprocal commitment" or "pacts".

The EESC called for the establishment of an EU Ombudsman on civic space freedoms to whom NGOs could report incidents related to restrictions of their work. The EESC called on the European Commission to react with relevant measures, including infringement procedures against Member States, when national administrative or legal provisions restrict the access of national civil society organisations to EU funds.