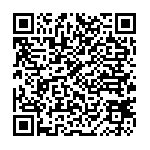 On the occasion of world day against trafficking in human beings, 30 July, the network of Caritas organisations from the Euro-Mediterranean area has launched a new report to cast the spotlight on the poor level of prevention of trafficking in conflict and post-conflict situations. Because of that, many vulnerable people who are fleeing from danger end up in the nets of unscrupulous criminals every year.

Caritas have launched a new report entitled “Trafficking in human beings in conflict and post-conflict situations”.

According to the Caritas organisations working in the field, because of the proliferation of conflicts around the world (Middle East, Ukraine, etc.), which mainly affect civilians and which result in an unprecedented number of displaced people and refugees, human trafficking and exploitation would appear to be increasingly in the forefront.

Failure to address these issues can result in the permanent entrenchment of this phenomenon in countries being rebuilt after a period of conflict.

The result of a research and actions conducted in 10 countries of the Euro-Mediterranean area, such as Albania, Armenia, Bosnia-Herzegovina, Bulgaria, France, Kosovo, Lebanon, Romania, Turkey and Ukraine. The report includes a series of recommendations for the national governments, the United Nations, the European Union and international donors to improve the prevention, the identification, the law enforcement and the protection of victims of trafficking for child, sexual, labour and organ exploitation.

The national Caritas organisations in these countries identified risk situations for vulnerable people and took actions to tackle them.

Along with the results this research, the report includes a series of recommendations for the national governments, the United Nations, the European Union and international donors to improve the prevention, the identification, the law enforcement and the protection of victims of trafficking for child, sexual, labour and organ exploitation.

“With this report, we want to increase the knowledge of all stakeholders in acts of trafficking in human beings and to offer them methods for intervention that best reflect the situations regarding the specific vulnerabilities of children and adults at risk of being trafficked, both during a conflict and in the longer term,” said Geneviève Colas, coordinator for the research and action at Secours Catholique-Caritas France and coordinator of this report.

Some examples from the findings

In Albania and in Lebanon, the national Caritas identified that the different authority representatives that are actively engaged with the reception of migrants and asylum seekers were not skilled enough to identify risk situations and people at risk at an early stage. Hence, Caritas Albania organised 7 trainings for 205 authority representatives from such areas as social services, education, labour market, judicial and police force. In Lebanon, Caritas’ trainings were focused on those police officers who work directly with arriving migrants and refugees.

In Turkey, Caritas cast the spotlight on child labour and child marriage. Caritas Turkey has collaborated with schools attended by Syrian refugee children and trained teachers on early identification of pupils at risk.

In Armenia, labour exploitation was identified as a main source of trafficking. Hence, Caritas Armenia runs several programmes to microfinance migrants’ and refugees’ economic activities to allow them to live by their own means, thus been more resilient to traffickers.

The report is available in: